Influencing others while pursuing excellence 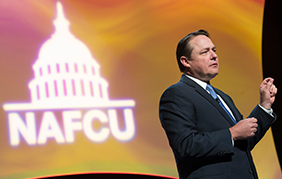 We all know someone who has a strong, influential impact on everyone they meet Ã¢ÂÂ someone who inspires us to be better and to think bigger.

ItÃ¢ÂÂs easy to assume such individuals are gifted with the confidence and means to exude influence, but there are unique habits that influential people practice to keep their focus on pursuing excellence.

Forbes contributor Travis Bradberry says influential people practice nine habits that can be emulated and absorbed until our influence grows. The list includes:

People who excel at influencing others are often great leaders Ã¢ÂÂ lucky for us, itÃ¢ÂÂs a skill that can be learned and practiced.