Learning from other perspectives 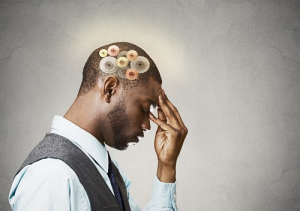 A skilled leader understands that emotional intelligence (EQ) is on display in all different scenarios and under all kinds of pressures. And for a truly skilled leader with well-developed EQ, it can mean taking a step back and realizing that outside perspectives = good or bad - can help us learn and grow.

In an Inc.com post published this week, Justin Bariso, founder of Insight, said an important component of EQ is the "ability to learn from other perspectives." He used the recent example of an email from Uber's new CEO, Dara Khosrowshahi, to his employees after London government officials announced that Uber's license would not be renewed and the company would no longer be allowed to operate in the city.

In the email, Khosrowshahi wrote that "it really matters what people think of [Uber], especially in a global business like ours, where actions in one part of the world can have serious consequences in another."

If you read Khosrowshahi complete response to company employees, it makes clear that he disagrees with London's decision, but that he can also see beyond the current situation. "He resists the temptation to focus on right or wrong; rather, Khosrowshahi helps his people understand how perceptions differ, and the reasons behind this," Bariso writes. "He realizes that even negative feedback is a gift - because it can expose blind spots and lead to necessary improvement."

This is an important lesson in which we could all use a reminder. So often our impulses will dictate our reactions. However, we should get into the habit of first taking a moment to self-reflect and looking at the situation through other perspectives. This will lead us in a healthier direction and to a better solution.