What makes a leader successful? 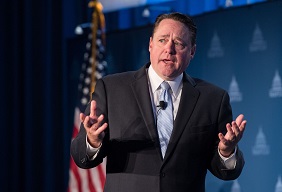 "Hands-on managerial CEOs are, on average, less effective than leaders who stay more high-level," according to a recent Harvard Business Review study that reviewed survey data from more than 1,000 CEOs across six countries.

In other words: "It seems that the CEOs who didn't meddle in every detail of every decision were, on the whole, a touch more successful that those who floated in the ether..." wrote Chris Matyszczyk, owner of Howard Raucous LLC, in a recent Inc.com post, who analyzed the HBR study.

I found the study interesting and I encourage you to take a look at it.

While the study acknowledges leaders must understand and find the "right fit between the CEO'ÂÂs leadership style and what the company actually needs," it was clear from this research that leaders over managers were deemed the more successful CEOs. I took this to mean that when you hire the right people for the job, step aside whenever you can and let them work.

Another interesting part of this study was the data pulled from every activity a CEO does in a week. The data - analyzed by a machine - found that about one-quarter of CEOs' days are spent alone, 10 percent on personal matters and 8 percent on traveling. The rest of the time (56 percent) was spent with people - one on one, or in meetings.

One can probably also deduce from the study that employees -ÂÂ on average -ÂÂ would prefer to work for a leader-type CEO rather than a more hands-on manager-type. Giving your employees ownership over their work and entrusting their skills will do wonders for your organization -ÂÂ and your success as a leader.