Why customers (or members) need to always come first 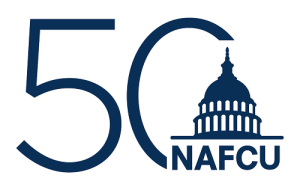 By now you've probably watched the video of the doctor being dragged from his seat off a United Airlines flight to make room for one of the airline's own employees. Maybe you also heard the story of a first-class passenger who was threatened with being handcuffed if he didn't hand over his fully paid-for fare and ticket on a United flight so another passenger deemed a higher priority could have his seat.

It would appear from many, many conversations, social media posts and articles that United Airlines' culture is in desperate need of some changes. It is also clear that the business model of focusing inwardly (on your employees and higher-ups) isn't a successful long-term plan.

Of course, if you are in the credit union industry, where your members are your No. 1 priority, you already know this and model a consumer-first standard very well. In fact, I believe that anytime your customers (or members) come first, you will find success and a sustainable business model for years to come.

This year, NAFCU is celebrating its 50th anniversary. It's a far cry from the 100+ years the credit union industry has been thriving in the U.S., but it is, nevertheless, a big success. Like credit unions, NAFCU puts its members first Ã¢ÂÂ every day. We like to call it Extreme Member Service.

It takes the form of knowing that credit unions are the best option for consumers and truly believing in the industry's business model. When you know your members are your most important asset and the reason you exist, you are responsive, you go out of your way to treat them with respect, help them succeed and satisfy their needs so they come back to you again and again.