Board of Directors and Supervisory Committee Conference

Register Now Keep Me Posted
Back To Agenda 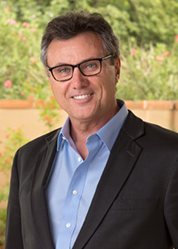 Helping CUs and their boards become purpose-based

Every board is different, but reliable and researched “rules of thumb” have been shown to raise the performance of boards. Learn the best practices that are proven across a variety of board sizes and types. It's a great way to ensure you’re working smart and efficiently for your members and your credit union.

Listen to Tim explain how boards can stay relevant.

Tim Harrington is a leadership expert and the founder and president of TEAM Resources, a firm that provides strategic planning, training, and consulting for financial institutions. Tim started working with credit unions in 1988. Tim and TEAM Resources have a long history of helping financial institutions move forward with greater confidence, profitability and integrity, to serve their market or field of membership better. He encourages individuals and organizations to live “on purpose.” To do something so someone else’s life can be better. Tim reminds people that if they help others achieve their dreams, they will achieve and even surpass their own.