Itâs open enrollment time and employees across the country are choosing their health care plans for next year. For credit unions offering health savings accounts (HSAs), this opens the door to HSA growth. This year alone could see a record increase in the number of HSAs as a result of changes implemented by the Patient Protection and Affordable Care Act (PPACA). 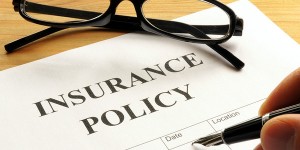 Most employees are very familiar with open enrollment, and in recent years, have come to expect higher premiums, deductibles, and out-of-pocket expenses. As businesses continue to struggle with the rising cost of health care, more and more are switching to consumer-directed health plans (CDHPs) that pair a high deductible health plan (HDHP) with an HSA or health reimbursement account (HRA). According to an analysis of the Mercer National Survey of Employer Sponsored Health Plans, commissioned by the American Association of Preferred Provider Organizations (AAPPO), 36 percent of large employers and 22 percent of small employers offered CDHPs in 2012, up from 32 percent and 20 percent respectively in 2011.

Employers that switch to CDHPs are more likely to choose an HDHP paired with an HSA (rather than an HRA) and increasingly offer an HDHP/HSA as the only plan option. The 18th Annual Towers Watson/National Business Group on Health Employer Survey on Purchasing Value in Health Care reported that 53 percent of respondents offered an HDHP/HSA in 2013, with another 14 percent indicating that they will add an HDHP/HSA option by 2014.

This means that more employees will have an HDHP/HSA option for 2014, and in many cases, it will be the only option. These newly-covered workers present new HSA opportunities for credit unions offering HSAs.

The real HSA growth opportunity this year, however, may not come from those covered by HSA-compatible workplace plans, but rather by individuals who have to purchase insurance through the new health insurance exchanges in order to comply with the individual mandate of the PPACA, which requires all Americans to be covered by a health care plan starting in 2014.

This includes the uninsured, people who have had their healthcare coverage canceled by their insurance provider, and employees who no longer have coverage through their employer.

Many of the employees covered under basic minimum-coverage plans are younger, part-time workers who now may have to purchase a more expensive health insurance plan. They are more likely to choose an HSA-compatible HDHP because of the cost savings.

It will be some time before the full impact of the PPACA is known, but it is clear that health care costs are continuing to rise, and more and more individuals will either choose, or be forced to choose, HSA-compatible HDHPs because of the cost savings associated with them.

Credit unions offering HSAs recorded a more than 30 percent increase in HSA deposits last year, according to call report data analyzed by the Economics and Statistics Department of the Credit Union National Association. This double-digit growth, in both the numbers of HSAs and the deposits to them, could continue in the foreseeable future, as the individual and employer mandates of the PPACA take effect in 2014 and 2015 respectively. If your credit union does not offer HSAs, you may want to consider offering them as a way to help your members combat the rising cost of healthcareâand meet PPACA requirements.

Also available: The Latest on Establishing and Funding IRAs (Webinar)Â»