Home Newsroom CUs, NAFCU meet with regulators on payday lending

CUs, NAFCU meet with regulators on payday lending 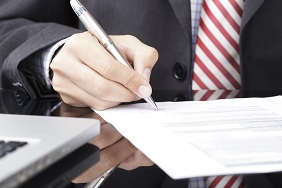 NAFCU met with the CFPB and NCUA yesterday to discuss issues related to payday lending, including the bureau's proposal to delay and change some requirements of its payday lending rule and credit unions' payday alternative loans (PALs) programs. NAFCU's advocacy efforts led the bureau to take into account credit unions' concerns in the final 2017 rule and create a safe harbor for PALs.

Earlier this year, the bureau issued proposals to remove the payday lending rule's mandatory underwriting requirements, including ability-to-repay (ATR) provisions, and delay those provisions' implementation date by 15 months. NAFCU offered its support of a delay as it would allow the bureau more time to expand the rule's PALs safe harbor.

The NCUA is expected to issue a final rule this year that would provide federal credit unions with additional options under PALs. NAFCU has recommended the NCUA allow even more flexible parameters than what the agency proposed and continues to urge the bureau to expand the safe harbor to all future iterations of PALs. By doing so, credit unions will be more likely to adopt PALs programs and consumers will have greater access to safe, short-term, small-dollar loans.

NAFCU will continue to engage with the bureau and NCUA as they consider changes that will impact credit unions' abilities to offer these types of loans.