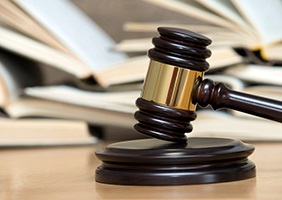 The U.S. Supreme Court today issued its decision in the lawsuit brought by Seila Law challenging the CFPB's single-director structure, determining that it is unconstitutional. In addition, it declined to hear the lawsuit brought by the American Bankers Association against the NCUA over the agency's 2016 field of membership (FOM) rule.

NAFCU has long held that the CFPB's leadership structure should be reformed to a commission-based model to ensure transparency and accountability and supported legislative efforts to do so.

"With today's Supreme Court decision allowing the President to remove the CFPB Director at will, it is essential Congress advance legislation establishing a bipartisan commission at the bureau to promote greater transparency, accountability and long-term stability," said NAFCU President and CEO Dan Berger. "A bipartisan board offers stable, long-term leadership that would better provide for the needs of consumers. NAFCU will continue to advocate for Congress to pass legislation reforming the CFPB's single-director leadership structure into a bipartisan board."

In its CFPB decision, the Supreme Court found that the bureau's "leadership by a single individual removable only for inefficiency, neglect, or malfeasance violates the separation of powers." Despite its unconstitutional structure, the court said the agency may continue to operate, so long as the director is subject to removal by the president at will.

Prior to the court's agreement to hear the case, the bureau announced it would no longer defend its structure after years of lawsuits and calls to reform it from various stakeholders. This case could also have implications on the structure of the Federal Housing Finance Agency (FHFA).

On FOM, the ABA petitioned the Supreme Court in March following the U.S. Court of Appeals for the D.C. Circuit's decision in December to not rehear the case en banc. The NCUA last month urged the court to deny this petition.

"The Supreme Court's decision to decline to hear the banker's case is an indication that the case is and has always been a baseless one," said Berger. "For years, bank lobbyists have been unrelenting in their hollow efforts to maximize their own profits by working to undermine credit union growth and the financial well-being of America's communities and small businesses. NAFCU stands firmly in support of the NCUA's field of membership rule. It is well within the agency's legal authority and works in favor of consumers, especially those that are underserved."

NAFCU has stood by the NCUA throughout the lawsuit and is supportive of the agency's efforts to modernize FOM rules to ensure credit unions can effectively serve communities in need.

Read more about these decisions in tomorrow's NAFCU Today.