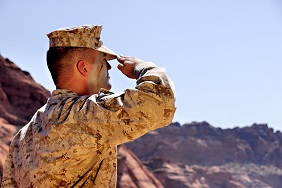 The Senate Thursday passed its version of the 2020 National Defense Authorization Act (NDAA), which includes a NAFCU-opposed provision that could allow big banks to be treated the same as a military installation's local not-for-profit defense credit union. NAFCU will maintain its advocacy efforts to prevent this provision from being included in any final bill passed by both chambers.

"NAFCU is disappointed that changes to nominal lease provisions remain a possibility in the 2020 NDAA," said NAFCU Vice President of Legislative Affairs Brad Thaler. "The Department of Defense should not be required to provide 'free rent' for big banks like Wells Fargo just because it offers that to not-for-profit credit unions. We fought to have this provision removed in last year's final bill, and we will again work closely with House and Senate conferees to exclude it this year."

Thaler also sent an email to NAFCU's defense credit union members Thursday to update them on the situation. "NAFCU remains staunchly opposed to the Senate language," Thaler said and urged credit unions to be prepared to advocate against its inclusion once the House and Senate come together to reconcile differences in their bills.

Section 2821 of the Senate bill would require the Department of Defense (DoD) to treat all banks the same as credit unions. In messages to senators and credit union members, NAFCU stressed that if the provision were enacted, it would disadvantage credit unions and could open the door for the DoD to reconsider its entire policy.

NAFCU successfully worked to prevent similar language from being included in the House version of the bill, which awaits consideration by the full chamber. The association also launched a grassroots advocacy campaign to urge senators to strike the banker-sought provision from the NDAA. Credit unions are encouraged to continue using the Grassroots Action Center to advocate against the provision while lawmakers work toward a final version of the bill.

Last year, the association's efforts led House and Senate conferees of the FY2019 NDAA to drop the provision regarding bank leases on military installations.