Another UDAAP Consent Order and Birthday

The CFPB has been busy using their unfair, deceptive, and abusive acts and practices (UDAAP) authority. Last week, Victoria Daka blogged about two recent UDAAP consent orders.  This week, you will read about another UDAAP consent order.  That's right, last week, the CFPB, FDIC, and OCC (the regulators) took action against Citizens Holding Company and its subsidiaries (collectively referred to as Citizens Bank) for unfair and deceptive deposit practices. In total, Citizens Bank is required to pay almost $35 million in fines and restitution.

The regulators alleged that Citizens Bank engaged in an unfair deposit practices because it failed to credit consumers the full amount of their deposits when the deposit slip stated an amount that was less than the actual amount of cash and checks deposited.  Specifically, the regulators claim that when Citizens Bank central processing facility determined that the recorded amount on a deposit slip differed from the bank verified total amount of cash and checks deposited, Citizens declined to make an adjustment on the consumer's account unless the difference exceed an established threshold ($50.00 prior to September 2012, and $25.00 thereafter).  For instance, if a consumer's deposit slip read $500.00, but Citizens determined that deposit slip should have, in fact, read $520.00, it was Citizens Bank's practice not to alert the customer of the discrepancy and not credit the consumer the missing $20.00. Where, however, a discrepancy was above the established threshold, Citizens Bank adjusted the consumer's account to reflect the correct amount.  It is important to note that Citizens Bank also implemented this practice whether a consumer's deposit slip overstated the correct deposit amount, so in many cases some consumers received more money than they actually deposited.

The regulators also allege that Citizens practices were deceptive because consumer account agreements stated that consumer deposits were subject to verification, thereby implying that Citizens Bank would take steps to ensure consumers were credited with the correct deposit amount. From January 2008 to November 2013, Citizens Bank under credited consumers accounts by approximately $12.3 million.  As a result, Citizens Bank will have to identify and correct discrepancies on thousands of their consumer accounts.

While consent orders are not interpretations of law or regulation (consent orders are merely settlement agreements between two parties, and, unlike the opinion of a court, cannot be relied on in other enforcement actions), it is important that compliance officers pay attention to them because these orders help identify what acts or practices a regulator believes is a UDAAP violation.

Lemmy was not the only NAFCU Pet to have a birthday in the past few weeks.  Miles, my youngest cat, recently celebrated his 10th birthday.  Miles is a unique looking cat, as he is partially hairless (which helps with my allergies), and any hair he has is short, curly, and fine. Below are a couple of pictures from the last six years (yes, he ages gracefully). 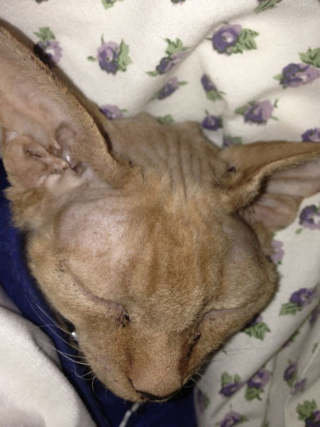 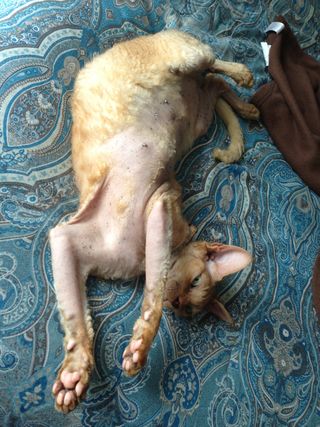 Miles Age 8 (this cat is striking a pose!) 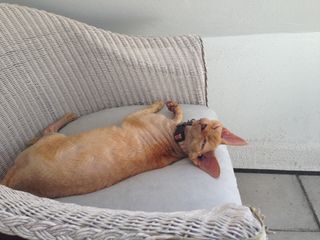 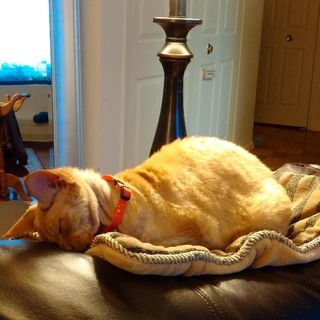 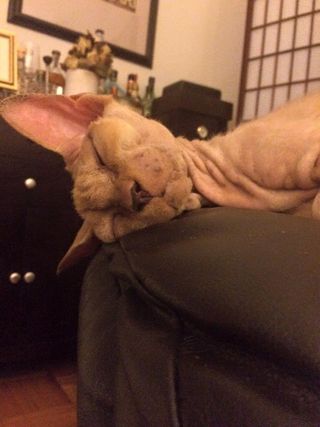