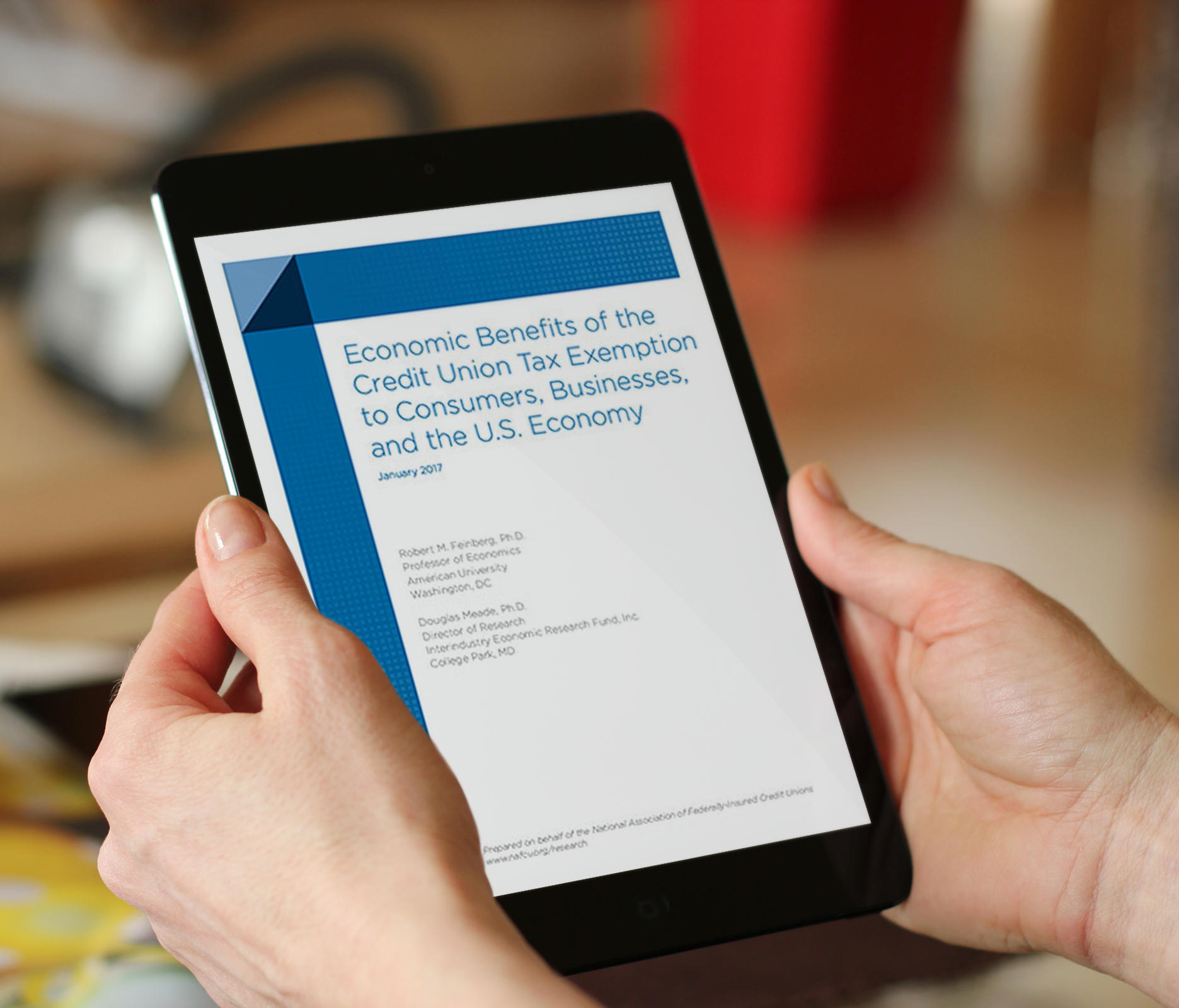 With the debate about comprehensive tax reform heating up in Washington, NAFCU commissioned a comprehensive study to take a look at the benefits of the credit union federal income tax exemption to consumers, businesses and the U.S. economy. Use the data in our study to strengthen your argument when talking to members of Congress and opinion leaders about tax reform.

The 1934 Federal Credit Union Act (FCUA) states that credit unions receive a federal income tax exemption because "credit unions are mutual or cooperative organizations operated entirely by and for their members." In 1998, as part of the findings of the Credit Union Membership Access Act (P.L. 105-219), Congress reaffirmed that exemption. Still, credit unions do pay many taxes and fees, including payroll and property taxes. It is also important to note that share dividends paid to credit union members are taxed at the membership level. Critics argue that credit unions today are no different than banks.

However, the defining characteristics of a credit union, no matter what the size, remain the same today as they did in 1934—credit unions are not-for-profit cooperatives that serve defined fields of membership, generally have volunteer boards of directors and cannot issue capital stock. Credit unions are restricted in where they can invest their members' deposits and are subject to stringent capital requirements. A credit union's shareholders are its members and each member has one vote, regardless of the amount on deposit, while a bank has stockholders.