Great advertisements can make all the difference. They can entice us to buy things we normally wouldn't, or, like this one might, make us forget about eating healthy for just a few minutes. 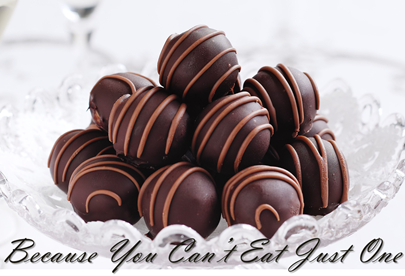 For those of you who haven't heard, today is National Truffle Day. So, take a moment to indulge.

At NCUA's most recent board meeting, they finalized two rules. Today's blog will take a look at (yup, you guessed it!) their final advertising rule. The rule was published in the Federal Register last week and becomes effective on May 25, 2018. It applies to all federally-insured credit unions.

For quite some time, the NCUA and the FDIC had nearly identical advertising rules. In 2011, the NCUA amended its rule to provide for more stringent rules. Namely, it required the official advertising statement in television and radio advertisements 15 seconds or longer (the FDIC rule provides for a 30 second threshold) and on statements of condition that must be published. While the NCUA acknowledged that these requirements are not necessarily overly burdensome, the final rule seeks to bring NCUA's rule back into parity with the FDIC rule. The final rule amends these two rules as well as the official advertising statement.

Commenters generally supported this fourth alternative as it provides additional flexibility, especially for social media advertisements. One commenter noted the fourth alternative is better as it has only 13 characters, as opposed to the 22 or 71 characters of the current statements. Given the character limitations for certain social media ads, this gives credit unions more flexibility when using these platforms. Using similar reasoning, some commenters suggest even shorter statements such as "NCUA Insured" or "Member NCUSIF" (to mirror the FDIC's "Member FDIC"). While NCUA acknowledged the shorter versions can provide greater flexibility while still conveying the insurance message, it declined to accept these suggestions.

In its proposed rule, the NCUA noted that current Part 740 is designed to address traditional forms of advertisements – print, radio and television – and it may be time to update the rule to address newer forms of communication. So, the NCUA also sought comment on digital advertising, such as social media, mobile banking and text messages. Commenters had a number of suggestions ranging from outright exemptions for certain social media advertisements to an official sign emoji.

You can read the full final rule here, and, in case you missed it, NAFCU's final regulation (member login required) on this rule was published yesterday.

Webinar Today on FinCEN's CDD Rule. Today's live NAFCU webinar covers FinCEN's Customer Due Diligence Rule. As of May 11, 2018, credit unions will be required to identify and verify the identity of beneficial owners of legal entity customers, implement procedures to form customer risk profiles and monitor accounts for suspicious activity. The webinar will provide a baseline understanding of the rule, implementation challenges and practical advice for working with examiners and meeting compliance obligations. Register here.