Close
Home Blogs & Publications Compliance Blog Can a FCU use the term CD or Certificate of Deposit?; Oh No; Oh Yeah

Can a FCU use the term CD or Certificate of Deposit?; Oh No; Oh Yeah

Quite a few eagle-eyed compliance professionals wrote in about the July NCUA Report and, in particular, the article from the Office of Examination and Insurance entitled Credit Unions Shouldn't Overlook Early Withdrawals of CDs:

"One commonly overlooked area in interest-rate and liquidity risk analysis is the modeling of early withdrawals of certificates of deposit (CDs). While many credit unions will have nonmaturity share decay rate assumptions incorporated into their analysis, they rarely factor in the risk associated with early CD withdrawals because many believe that the early withdrawal penalties associated with their CDs will discourage members from cashing in their CDs prior to maturity. This line of thinking may have been reasonable and defensible prior to 2007 when interest ratesÃ¢ÂÂeven on short-term CDsÃ¢ÂÂwere near 5 percent. However, it probably would not pass muster in todayÃ¢ÂÂs extremely low interest-rate environment." (emphasis added).

NCUA's usage of certificate of deposit and CD brought up the question of whether federal credit unions are still prohibited from using those terms. The answer is found in the Official Staff Commentary to 12 CFR 707.2(a):

"5.Â Use of synonyms.Â Generally, it is not the purpose of part 707 to prohibit specific descriptive terms for accounts. For example, credit unions can use adjectives and trade names to describe accounts such as Ã¢ÂÂBest Share Draft Account,Ã¢ÂÂ or Ã¢ÂÂUltra Money Market Share Account.Ã¢ÂÂ Synonyms for share, share draft, money market share, and term share accounts may be used to describe various types of credit union share and deposit accounts as long as the synonym is accurate and not misleading and, for account disclosures, is used in conjunction with the correct legal term. For example, the following synonyms may be used:

i. The term Ã¢ÂÂchecking accountÃ¢ÂÂ may be used to describe share draft accounts.

v. However, under no circumstances may a credit union describe a share account as a deposit account, or vice versa. For example, the term Ã¢ÂÂcertificate of depositÃ¢ÂÂ or Ã¢ÂÂCDÃ¢ÂÂ may not be used to describe share certificates and other dividend-bearing term share accounts. Similarly, the terms Ã¢ÂÂtime accountÃ¢ÂÂ (used in Regulation DD, 12 CFR 1030.2(u)) and Ã¢ÂÂtime depositÃ¢ÂÂ (used in Federal Reserve Board's Regulation D, 12 CFR 204.2(c)) may not be used to describe term share accounts." (emphasis added).

Why is certificate of deposit or CD prohibited for FCUs? The Official Staff Commentary to 12 CFR 707.2(i) helps explain:

"(i) Dividend and Dividends

1.Â General.Â Member savings placed in share accounts are equity investments, and the returns earned on these accounts are dividends. Federal credit unions may only offer dividend-bearing and non-dividend-bearing share accounts. State-chartered credit unions may offer both share and deposit accounts if permitted by state law. State law, including without limitation regulations and official interpretations, will determine if returns earned in accounts in state-chartered credit unions are dividends."Â

Hopefully that helps clear things up a bit for everyone!Â

Nationals Win!Â Yesterday was NAFCU's summer staff outing - the Washington Nationals versus the Pittsburgh Pirates. Everyone had a great time and I wanted to share my two favorite photos (featuring theÂ former Compliance Guy) from yesterday which accurately sum up the game.

Below is the reaction when the Nationals blow a 4-run lead in the top of the ninth: 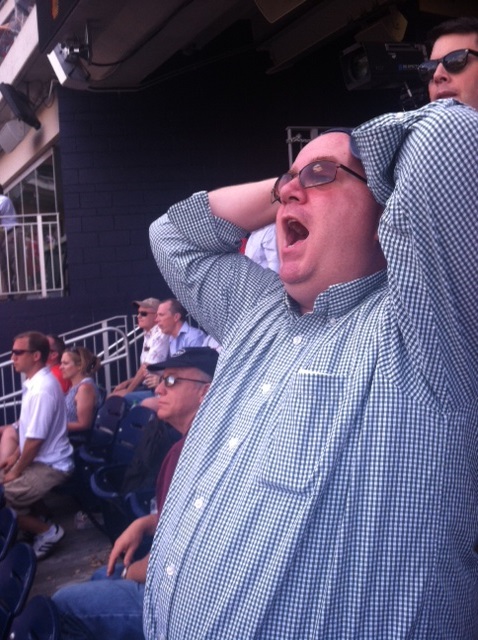 But, luckily, Bryce Harper came through with a 2-run walk-off home run in the bottom of the ninth - leading to this reaction! 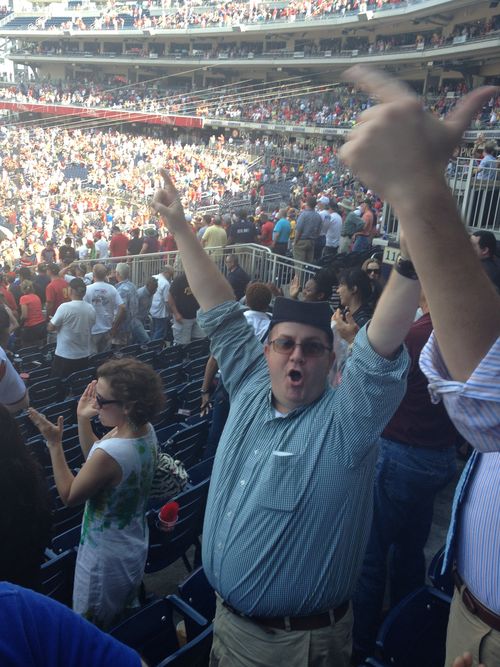 Excellent use of the rally cap! Have a great weekend!