Happy Wednesday, compliance pals!  I just returned from a long-weekend conference in New Orleans, and I feel a bit carb-loaded from all of the amazing food, but especially the beignets: 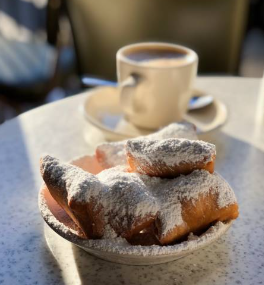 Now that I’m back in my (home-sweet-home) office and all of the holidays and travel are over, it’s time to get back in the swing of things, starting with today’s post about a recent Consumer Financial Protection Bureau (CFPB/bureau) enforcement action against Wells Fargo.

In late December 2022, the CFPB announced a consent order against Wells Fargo (Wells), in which the bank is required to pay more than $2 Billion (yes, with a “B”) in redress to its customers, and a $1.7 Billion civil money penalty for violations across its auto lending, mortgage servicing, and deposit account product lines.

The bureau considers Wells a “repeat offender,” and CFPB Director Chopra is quoted in the press release, stating that “Wells Fargo’s rinse-repeat cycle of violating the law has harmed millions of American families.  The CFPB is ordering Wells Fargo to refund billions of dollars to consumers across the country.  This is an important step for accountability and long-term reform of this repeat offender.” The bureau’s website lists a number of enforcement actions and consent orders related to the bank dating back to 2015, including the widely publicized 2016 $100 million fine for opening unauthorized accounts in customers’ names.

In the current consent order, the CFPB found that Wells’ auto loan servicing systems experienced numerous failures that resulted in borrowers’ payments being applied incorrectly; borrowers were charged incorrect fees, interest, or other amounts; and borrowers’ vehicles were improperly repossessed.

The bureau noted incorrectly applied or processed payments from “at least 2011 through 2022,” due to “various technology, training, customer service, and compliance failures” during the servicing of auto loans.  One example spans from 2012 – 2018, during which time the bank did not make certain information available to branch employees which resulted in over 200,000 accounts having payments applied in a manner that was not as beneficial as they could have been had the employees had the relevant information.  Additionally, Wells did not apply all payments as described on its website, in a timely manner, or ensure that auto-payments reflected the correct amounts, among other errors.

Borrowers were assessed erroneous fees and interest as a result of technology, audit, and compliance failures; for example, from 2011 – 2019, the bureau found that Wells “sometimes incorrectly entered the effective date of a payment deferment in, or omitted it from, its servicing system-of-record, which resulted in $26.6 million in erroneously assessed late fees to more than 688,000 borrower accounts.”

The consent order provides a description of GAP contracts, and explains that refunds of the unearned portion of the GAP fee that was financed if a loan is paid off early or the GAP contract otherwise is terminated are generally “governed by the terms of the GAP contract executed between the borrower and the originating dealer.”  The CFPB found that Wells, as the owner and servicer of the contracts, did not consistently ensure that GAP fee refunds were made to early payoff borrowers; but noted that it did obtain the GAP fee refunds “when it would benefit [Wells], while also lowering the borrower’s remaining balance, such as in cases of loan default of repossession.”  The bureau considers this an unfair act or practice, in violation of section 1036(a)(1)(B) of the Consumer Financial Protection Act (prohibition against UDAAP).  Other unfair GAP-related issues are also outlined in the consent order.

The CFPB found that Wells “incorrectly denied mortgage loan modification applications and miscalculated fees and other charges for thousands of mortgage borrowers” as a result, in part, of software errors that had persisted for multiple years.  For example, from 2011 – 2018, a failure of both technology and proper internal controls caused errors in the calculation formulas for evaluating loan modification applications, resulting in otherwise qualified borrowers to not be offered a modification.  The calculation error was identified in 2013, but Wells “concluded that it did not adversely affect borrowers’ ability to obtain loan modifications,” until a later determination in March 2018.  This and other unfair mortgage servicing acts or practices are also outlined in the consent order.

Be sure to check out the full Consent Order, Press Release, and Director Chopra’s prepared remarks for more information on the violations, fines, and remediation requirements.

Risk Management Seminar: Earn your NAFCU Certified Risk Manager credential (NCRM) when you pass the exams. Save $200.00 for a limited time with the code RISKSAVINGS. August 15 – 17, 2023 | Louisville, KY 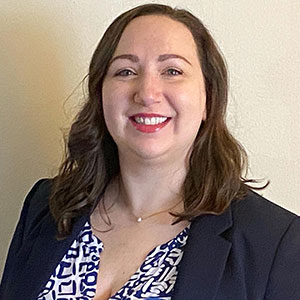