Greetings to all of you out there in regulatory compliance land. On October 31, 2016, the CFPB issued its latest voluminous supervisory report sharing multiple observations from recent examinations and other supervisory activities. The report covers issues observed by the Bureau in the areas of automobile loan servicing, debt collection, mortgage origination and fair lending. Other topics, such as student loan servicing, are also addressed. Provided below is a digest of some (but not all) of the BureauÃ¢ÂÂs many findings.

Automobile Loan Servicing.Â  In recent examinations of nonbank auto loan servicing companies, CFPB examiners identified unfair practices relating to repossession fees. The supervisory report alleges that certain nonbank servicing companies would often hold personal property seized as part of repossessing an automobile and refuse to return the property until after the borrower paid a fee for storing the property. Supposedly, if the borrower did not pay the fee, the companies would dispose of the property rather than returning it to the borrower.

Regardless of whether these companies had the contractual authority to engage in such practices, Bureau examiners felt these practices were unfair because the tactic was often used to leverage personal situations for collection purposes with extreme examples including retaining tools essential to the consumerÃ¢ÂÂs livelihood and retention of personal possessions of negligible market value but of substantial emotional attachment or practical importance to the consumer. Examiners also found that some agreements, while disclosing that property would be stored, failed to disclose that a fee would be assessed for storage.

[Authors Note: Unlike the Federal Trade Commission, which promulgated a rule prohibiting certain unfair or deceptive credit practices after extensive public hearings, the Bureau continues to define unfair practices through examination and enforcement without providing credit unions with much guidance or prior notice. Even the FTCÃ¢ÂÂs statements on unfairness and deception, which have defined which practices are prohibited under the FTC Act for decades, are mere guidance to the Bureau that it does not feel obliged to follow.]

Debt Collection.Â  Bureau examiners also identified several violations of the Fair Debt Collection Practices Act (FDCPA), including charging unlawful convenience fees, making several false representations, and unlawfully communicating with third parties in connection with the collection of a debt. [AuthorÃ¢ÂÂs Note: While credit unions collecting debts on their own behalf are not considered Ã¢ÂÂdebt collectorsÃ¢ÂÂ subject to the FDCPA, the CFPB has signaled its intention to use its UDAAP authority against so-called first-party debt collectors that engage in the types of acts or practices prohibited by the Act. In other words, the CFPB is trying to get all actors to follow a law that, by definition, credit unions are not required to follow.]

In recent examinations, the Bureau identified situations where debt collectors imposed convenience fees to process payments by phone or online that were not explicitly authorized by the loan agreement or permitted by law in violation of Section 808(1) of the FDCPA. Likewise, debt collectors are reported to have stated that all fees were Ã¢ÂÂnonnegotiable,Ã¢ÂÂ which examiners felt amounted to a false representation of the types of compensation which may lawfully be received by a debt collector in violation of Section 807(2)(B) of the Act.

Finally, debt collectors are stated to have disclosed both the nature and purpose of collection calls to third parties when attempting to gather more information about the consumer in violation of Sections 804 and 805 of the FDCPA. These communications were often caused by inadequate identity verification during telephone calls. Collectors would also identify their employers to third parties without first being asked for that information by the third party in violation of Section 804 of the Act.

Mortgage Origination.Â  CFPB examiners also found deficiencies in mortgage origination compliance management systems which allowed for violations of Regulations G, N, X, and Z. One such purported violation was the reported failure of some financial institutions to verify income using reliable third-party records when conducting an ability to repay analysis. The report notes that examiners supposedly found that income disclosed on a mortgage application was not verified but instead was tested for reasonableness using an internet-based tool that estimates income based on zip code, job title, and years at the current occupation. [AuthorÃ¢ÂÂs Note: Aside from the rather technical Regulation Z issues raised by the Bureau, this practice could also pose some rather obvious fair lending risks if credit eligibility is being determined, in part, by zip code which can be a proxy for race. #LowHangingFruit] Bureau examiners also identified instances where institutions failed to provide Loan Estimates within 3 business days in violation of the TILA-RESPA Integrated Disclosures Rule.

The supervisory report also notes that redlining will remain a supervisory priority for the Bureau. When assessing redlining risk, the Bureau will look to several factors including the unique attributes of the relevant geographic areas, lending patterns, peer and market comparisons, marketing, mapping, and additional evidence such as whistleblower tips. Rather than identifying instances of redlining, the supervisory report discusses ways in which credit unions can have a strong compliance program and outlines the BureauÃ¢ÂÂs approach to examining for illegal redlining. [AuthorÃ¢ÂÂs Note: Even more information on redlining can be found in this interagency webinar that was held on October 4 and available on demand.]

These are just some of the highlights from the CFPBÃ¢ÂÂs report. The full report is available here. As we can see, the Bureau remains laser-focused on third-party debt collection as it prepares for a possible rulemaking in this area and possible fair lending concerns involving the treatment of LEP and non-English-speaking consumers. If that is true, I may need a stronger prescription for my glasses. 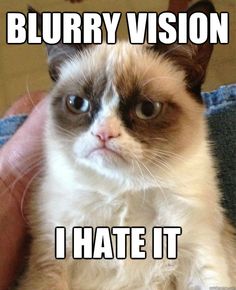