Deceptive Advertising Practices – A Primer and Some Resources

Happy Friday to all of you out there in regulatory compliance land. Creating an advertisement that catches the eye of a consumer and encourages further inquiries about a product can be a challenge for any financial institution. On top of that, advertisements happen to be one of the more regulated areas of consumer financial law. Federal laws such as the Truth in Lending Act (TILA) and the Truth in Savings Act (TISA) impose additional disclosure requirements when certain trigger terms are used in advertisements while laws such as the Controlling the Assault of Non-Solicited Pornography and Marketing Act (CAN-SPAM), Telephone Consumer Protection Act (TCPA), and Telemarketing and Consumer Fraud Abuse Prevention Act regulate the time, place, and manner of marketing messages.

Even where a credit union complies with these requirements, an advertisement may still be considered deceptive under certain circumstances. An act or practice is generally considered to be deceptive if there is a representation, omission, or practice that is likely to mislead a reasonable consumer and that is likely to affect the consumer's decision to purchase or use a product or service. See, FTC Policy Statement on Deception, 103 F.T.C. 110, 174-84 (1984). The Federal Trade Commission Act, the Consumer Financial Protection Act, and various state laws prohibit deceptive acts or practices and compliance with laws such as TILA or TISA does not necessarily prevent a consumer from bringing an otherwise valid deception claim. See, e.g., Williams v. First Gov Mortgage & Investors Corp., 176 F.3d 497 (D.C. Cir. 1999) (discussing the D.C. Consumer Protection Procedures Act).

Unfortunately, whether an advertisement is considered deceptive is almost always decided on a case-by-case basis except for certain mortgage-related advertising practices addressed in Regulation N that the Federal Trade Commission determined to be deceptive in themselves such as misrepresentations regarding negative amortization and misleading comparisons between rates or payments. See, 75 Fed. Reg. 60352, 60353 (Sept. 30, 2010) (all conduct prohibited is itself deceptive). That being said, both the Federal Trade Commission and the Consumer Financial Protection Bureau have issued guidance documents that may provide helpful guideposts for compliance officers reviewing advertisements for compliance with federal consumer financial law. A good place to start may be the FTC's guidance on digital disclosures since it clearly lists and describes what are commonly known as the Four 4Ps of Deception prominence, presentation, placement, and proximity and provides other helpful guidance on how to make effective digital disclosures.

For example, the guidance on digital disclosures notes that size, color, and graphics in an advertisement can impact the prominence of a required disclosure one of the Four Ps of Deception. Disclosures that are at least as large as other language in the advertisement, in a color that emphasizes the text of the disclosure, and that contain graphics to highlight the disclosures are more likely to be considered prominent and therefore the advertisement as a whole may be less likely to be considered deceptive. When determining the prominence of these kinds of disclosures, the guidance also states that advertisers should design these kinds of disclosures to be viewed on different types of devices such as desktop computers and mobile phones in order to account for the multiple ways in which consumers may be exposed to online advertisements. See, (Dot)Com Disclosures: How to Make Effective Disclosures in Digital Advertising, pp. 17-18.

Other potentially useful guidance documents include:

In addition, the Federal Trade Commission maintains a landing page with numerous resources for businesses seeking to comply with the Commission's rules. While the Commission may not have enforcement authority over federal credit unions, many of these resources may still be helpful since they address what conduct may be deceptive under the Federal Trade Commission Act and may be used by other regulators such as the CFPB and NCUA when determining compliance with federal consumer financial law. Additional information on the Commission's jurisdiction can be found in an earlier blog post on debt collection.

Even following these guidelines may not eliminate all potential litigation risk surrounding representations made in advertisements. I can recall a case in my first year of law school where a person sued PepsiCo demanding a Harrier jet in exchange for millions of rewards points he collected based on what was clearly an exaggeration made in a television advertisement. Cases like this are probably unavoidable but can be very instructive for law students struggling to understand the intricacies of offer, acceptance, and consideration in first year Contracts. For that, we thank you.

Have a good weekend. 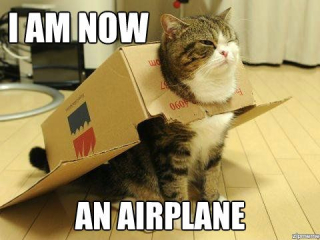