To Err Is Human: Pending EFTs And The Error Resolution Process 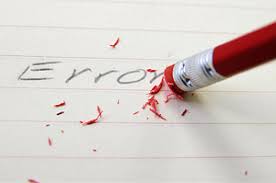 This past week, we received an interesting question on how Regulation E’s error resolution rules relate to pending electronic funds transfers (EFTs) that have not been completed, and I was surprised to learn that this is not directly addressed by the regulation. The situation goes something like this: Joe-Broke Member uses his debit card at a merchant who places a pending preauthorization on the card. This is most commonplace where the final amount is not known until the end of the transaction, such as with gas stations or restaurants. Joe-Broke arrives at the gas station and a preauthorization in the amount of $3,000 is placed on his card, rather than $30. Joe-Broke receives a mobile alert due to the size of the attempted transaction and remembers that he only has $30 in his share draft account. Joe-Broke immediately calls his credit union to dispute the validity of the preauthorization amount of $3,000, however; it is unclear if the credit union is required to follow its internal error resolution procedures with respect to a transaction that is still pending and has not reached settlement.

To figure out if Reg E applies to this situation, we first must determine whether this constitutes an “error” under the error resolution procedures as defined in the regulation:

“(a) Definition of error—(1) Types of transfers or inquiries covered. The term “error” means:

(i) An unauthorized electronic fund transfer;

For this to be considered an error, Joe-Broke would have to assert that the transaction was either an “unauthorized EFT” or an “incorrect EFT.” In either scenario, the transaction must be an “electronic funds transfer” which is also a defined term under Regulation E’s section 1005.3 that includes “any transfer of funds that is initiated through an electronic terminal…for the purpose of ordering, instructing, or authorizing a financial institution to debit or credit a consumer’s account....” The definition by itself also does not appear to directly contemplate whether a pending or incomplete transfer is considered an EFT under regulation E. The official commentary of Regulation E provides examples of EFTs, including:

From the official commentary, it appears that these may not be considered electronic funds transfers unless “the consumer’s asset account is subsequently debited for the amount of the transfer.” Pertaining to transfers resulting from debit-card transactions at a merchant, this implies that a “transfer of funds” does not take place if it does not subsequently debit a consumer’s asset account.

Finally, from a reputational risk perspective, the most conservative course of action may be to err in favor of the member and investigate the dispute, but that remains a risk-based business decision. If the transaction was never processed, there is probably no harm to the member that needs to be fixed in any event. This is unlike a situation where there’s an error on a transaction that is processed and needs to be refunded to the member. Keep in mind that in addition to any actual damage sustained by the member, the Electronic Funds Transfer Act (EFTA) also imposes statutory civil liability penalties for failure to comply with the Act. See, 15 U.S.C. §1693m. Damages under the EFTA may also be trebled (i.e. 3x) if a member can successfully prove that there are certain failures in the error resolution process. See, 15 U.S.C. §1693f.