Have you ever pondered the origin of the popular new year’s song, “Auld Lang Syne”? I have. From a quick Google search, it seems that “auld lang syne” roughly translates as “for old times’ sake.” Apparently, it is a Scottish tradition to sing the song, “Auld Lang Syne”, just before midnight. The song is all about preserving old friendships and looking back over the events of the year, evoking a sense of belonging and fellowship, tinged with nostalgia. With that being said, I’m glad to be compliance friends with all of you smart, hardworking people in credit union land! 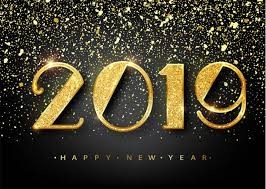 In case you missed it, there has been some movement at the Federal Communication Commission (FCC). In early December, the FCC adopted a final Order creating a centralized database for reassigned numbers. Today’s blog will summarize the parts of the Order relevant to credit unions. There’s also a portion of the Order that describes the responsibilities of phone carriers and the eventual administrator of the centralized reassigned numbers database.

To provide you with a bit of background, the Telephone Consumer Protection Act, more affectionately called the “TCPA”, was created by Congress in 1991 to reduce unwanted automated and prerecorded phone calls. In more recent history, credit unions have struggled to comply with the TCPA since the FCC’s 2015 Declaratory Ruling and Order (2015 TCPA Order) was released. In short, the 2015 TCPA Order expanded the definition of “autodialer” and provided a one-call safe harbor for callers who dialed a number that had transferred from one consumer to another. Although parts of the 2015 TCPA Order are no longer effective, the FCC is developing a centralized reassigned numbers database to help credit unions and other callers better comply with the TCPA.

Earlier this year, the D.C. Circuit Court of Appeals released a decision, ACA Int’l v. FCC, unanimously invalidating parts of the 2015 TCPA Order. The Court partially vacated the 2015 TCPA Order’s provisions on autodialer and reassigned numbers, which has subsequently tasked the FCC with drafting new TCPA guidance. Here is a NAFCU Monitor Article and blog post with additional details about the ACA Int’l v. FCC case.

Currently, there is no comprehensive database identifying phone number reassignments. A credit union may not know that a member’s number has been disconnected from one phone subscriber and reassigned to another. The FCC’s adoption of a centralized database came after soliciting comments on the desirability of creating a centralized database to mitigate making unwanted calls. Moreover, there are currently some commercial databases that can provide some level of authentication of numbers. However, the FCC noted that these databases do not contain information on every phone number because phone carriers are not required to report this information.

Moreover, the use of the centralized reassigned numbers database by credit unions and other callers will be voluntary. Credit unions will be able to search the database to determine whether a number has been permanently disconnected and no longer assigned to the party the credit union is seeking to reach. To ensure that the database contains accurate and comprehensive information, the FCC will require phone carries to report the date of the most recent permanent disconnection for each number that is allocated to or ported to each phone carrier. Reporting of disconnection information to the database will occur on the 15th day of each month. Phone carriers will also be tasked with an ongoing record keeping requirement to maintain the accuracy and integrity of the data.

Most importantly, the adopted final Order includes a safe harbor from TCPA liability. This is a change from a draft Order the FCC had released prior to its December Open Commission Meeting. Now, the FCC has made it clear that there will be a safe harbor from TCPA liability for calls to reassigned numbers caused by database error. For example, if the credit union checks the database and it provides a “no” response, meaning the number has not been reassigned, then the credit union places the call and determines the number has actually been reassigned, the credit union is safe from liability. However, the final Order is silent as to the question of what happens in instances where the database returns a result of “no data”. Moreover, the FCC still has to resolve the issue of who constitutes the “called party” for purposes of prior express consent. The final Order notes that regardless of its decision on that question, the caller will have a safe harbor for database errors.

This change is welcomed but does not quite go far enough to protect credit unions from TCPA liability in all instance when a call is inadvertently placed to a reassigned number. The FCC also confirmed that credit unions and other callers would have to pay a usage charge, set by the database administrator, to access the database to offset the cost of operation and maintenance.

Unfortunately, the FCC has not set a deadline for implementation of this Order. So, it is unclear how long credit unions will have to wait. In the meantime, credit unions may want to continue with their respective policies and procedures to track reassigned phone numbers. NAFCU will continue to closely monitor the FCC for additional TCPA regulatory updates.

Programming Note.  NAFCU’s offices will close at noon on Monday, December 31st in observance of the New Year holiday. We will resume business as usual on Wednesday, January 2nd. Happy New Year!