Interest Rate Risk Now and a Look Ahead

Although there hasn't been any new guidance or final ruling on interest rate risk (IRR) as of late, it has been one of the National Credit Union Administration's (NCUA's) focuses for the past two years. Because it is on NCUA's radar, I'd like to highlight the following today:

Like 2014, interest rate risk (IRR) remains high on NCUA's list of supervisory priorities for 2015.  While most credit unions have managed through interest rate hikes in the past, according to NCUA some credit unions "may not be as well positioned this year due to higher concentrations of net long-term assets and unrealized losses." Thus, in 2015, NCUA examiners will continue to use existing guidance to assess credit unions' interest rate risk exposure. NCUA Letter to Credit Unions 15-CU-01 also mentions that the agency is in the process of updating this guidance to ensure that IRR is assessed accurately and that the appropriate supervisory steps are taken in response to excessive IRR exposure.

Current Rule(s) and Guidance on IRR

Section 741.3(b)(5) of NCUA's regulation requires credit unions with assets over $50 million, as measured by the most recent Call Report filing, to draft and implement a written IRR policy and develop a program to identify, measure, monitor and control. Appendix B to Part 741 provides detailed guidance on how to develop an IRR policy and an effective IRR program, including best practices for managing IRR. Given the differences among credit unions (e.g., operations, complexity, risk exposure, size), each credit union should use the guidance in Appendix B to formulate a policy that embodies its own practices, metrics and benchmarks appropriate to its operations. Further, the credit union's board of directors is responsible for ensuring the IRR policy is adequate, which includes a periodic review of the credit union's IRR exposure and compliance with the policy and risk limits.

Some additional NCUA guidance is listed below:

The Future of IRR

With the release of the second risk-based capital proposal (RBC2), the revised proposal made a number of changes from the original 2014 RBC proposal, including the removal of interest rate risk. Therefore, in addition to updating existing guidance on IRR, NCUA has also stated that it intends to promulgate a separate rulemaking on IRR in the future. The agency indicated, however, that it does not intend to issue an IRR proposal until sometime after the RBC2 comment period closes.

For more information on the RBC2 proposal, follow our RBC blog series here. Also, NAFCU's Regulatory Affairs team has provided a Regulatory Alert to further assist with the proposed requirements of RBC2.

NAFCU would like to hear from you. Â Given that IRR has been one of NCUA's top supervisory focuses for the past two years, I'm sure many of you have experiences with IRR. The agency's attention to IRR has also been one of NAFCU's top priorities as well.

Weekend Fun. On a lighter note, I just had to share the newest pictures of the kids on a playdate with their cousin.  Nothing like some chicken nuggets, cartoons, and toys! 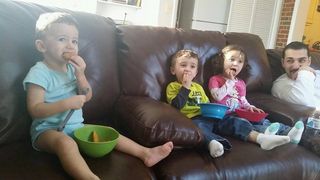 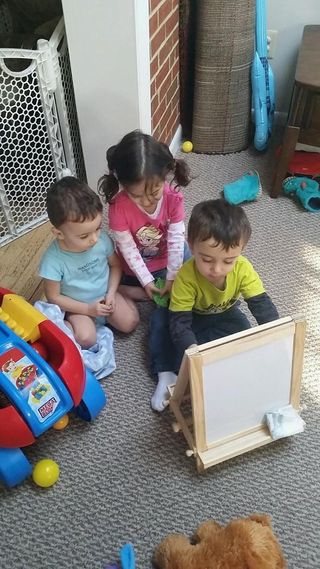