Greetings to all of you out there in regulatory compliance land. On December 15, 2016, the NCUA Board approved amendments to the Fixed Assets Rule (now called the Occupancy Rule) eliminating the requirement that federal credit unions must plan for and achieve full occupancy of premises acquired for future expansion. The final rule also clarifies that credit unions may lease or sell excess capacity in facilities without an expectation that the leased excess facilities will be fully occupied by the federal credit union in the future. The lease or sale of excess equipment or services, however, remains limited to situations where the federal credit union reasonably expects that the excess capacity will eventually be used by the credit union as part of a future expansion of services to members.

According to FASB ASC 810-10-15-8, which addresses when parent companies should consolidate assets and liabilities of subsidiaries onto the parent company's balance sheet, the usual condition for a controlling financial interest is ownership of a majority voting interest, and therefore, as a general rule ownership by one reporting entity, directly or indirectly, of more than 50 percent of the outstanding voting shares of another entity is a condition pointing towards consolidation. The accounting standard appears to recognize, however, that the power to control may also exist with a lesser percentage of ownership, for example, by contract, lease, agreement with other stockholders, or by court decree. U.S. GAAP also appears to have specific principles addressing general and limited partnerships, and variable interest entities. Therefore, it is not entirely clear without an in-depth review of the corporate structure of CUSOs, exactly which CUSOs would count towards the fifty percent partial occupancy requirement. As a result, credit unions are going to need to speak with their accountants regarding whether a CUSO would count towards the fifty percent occupancy requirement. This is significantly more complicated than using terms such as affiliate or subsidiary which have generally accepted meanings under federal banking laws. See 12 U.S.C. § 1841(d), (k).

The text of the final rule is available here. It is effective 30 days after publication in the Federal Register (whenever that will be!). As far as rules go, this one appears to be pretty straightforward. That being said, if you have any questions and happen to be a member of NAFCU, the Regulatory Compliance Team is always available to answer your questions. I would note, however, that despite our many skills, we are not accountants and do not pretend to know the intricacies of U.S. GAAP so for more technical FASB-related questions, the credit union may want to consult with its chief financial officer or accountant. I hope you all have happy holidays and a great new year! 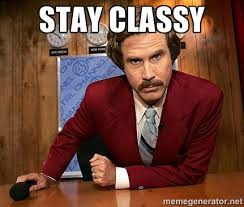