Searching for the Missing MLA Definitions

If you are like me, you love definitions. Definitions help me group things together and differentiate between what is covered and what is outside the scope of a rule. As many of you know, the Department of Defense (DoD) recently revised their 2007 Military Lending Act Rule (old MLA Rule). However, a couple of definitions that were a part of the old MLA Rule did not make it into the 2015 MLA Rule (revised MLA Rule). Other terms were never defined by DoD, adding to the rule's ambiguity. Some of the most noticeable definitions that are missing in both the preamble and the text of the 2015 MLA Rule are: motor vehicle and personal property. As for those terms never defined, structure tops the list. 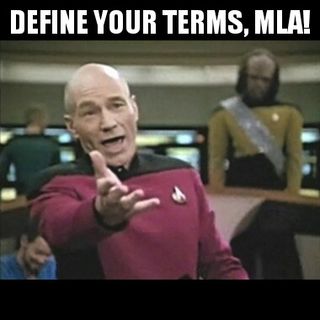 Why do these missing definitions matter? For starters, the rule excludes certain consumer loans from its scope and thus exempt from the protections of the revised MLA Rule. The definition of motor vehicle, dwelling and personal property is imperative when determining which loans are covered and which ones are excluded. Under the revised MLA Rule, consumer credit does not include:

The type of collateral securing the loan is one driving factor as to whether or not it is a covered loan under the revised MLA Rule, but the terms for different kinds of collateral are not always defined. Let's start with what is defined dwelling was interpreted rather broadly in section 232.3(k):

(k) Dwelling means a residential structure that contains one to four units, whether or not the structure is attached to real property. The term includes an individual condominium unit, cooperative unit, mobile home, and manufactured home.

Note that a dwelling does not need to be attached to real property which does provide more flexibility in terms of which loans will qualify for the residential mortgage exception. However, there does not seem to be any exemption that would apply to a land-only loan.

As for motor vehicles and personal property, DoD did not define these terms. Because the revised MLA Rule excludes loans to purchase a motor vehicle or personal property, credit unions want to know what those terms include. Could this be a loan to purchase a motorcycle, RV, boat, ATV or similar collateral? And if the member lives in the collateral, could it qualify for the residential loan exemption?

For instance, take the purchase of a boat, the category in which the boat falls would determine whether the loan will be a covered loan or excluded. Because there is no definition for a motor vehicle or personal property, a boat could potentially fall under either group. What may be more complicated is if a houseboat is a dwelling and thus a residential loan not covered by the revised MLA Rule. See, 32 C.F.R. 232.3(f)(2)(i)-(iii). This may come down to whether a houseboat could be viewed as a structure since that is how the definition of dwelling is framed. Hence a simple boat loan refinance could become a nightmare when determining if the loan falls under the protections of the revised MLA Rule or the exemptions. Fortunately, the scheme is not as complicated for purchase transactions as it appears that a boat could fall under the exclusion as either a motor vehicle, personal property, or a dwelling.

So where can credit unions seek the answer to this dilemma? There are some persuasive sources out there that could help shed light on this messy issue. The old MLA rule for example, discussed the definition of motor vehicles as vehicles which must be registered pursuant to state law. While this provision was not preserved in the revised MLA Rule, states generally regulate the use of motor vehicles. Similarly, property law is largely state law, so that may inform what collateral is considered personal property or even what might be considered a structure for determining the category of a dwelling.

The issue with relying on state law is that there may not be uniformity across jurisdictions, which is challenging especially for credit unions that operate in multiple states. For example, a loan made in California may be considered a covered loan while the same loan made in a state that defines motor vehicles, personal property, or structure differently may not. These inconsistencies may add to the regulatory burden experienced by credit unions that have expansive presences to the point of being disruptive to their lending process.

Overall, the revised MLA Rule is fertile ground for litigation and there are a lot of gray areas if the credit union should unfortunately find itself in court. Hence, credit unions may want to speak to their local counsel to find out more information on what category loans would fall into in the absence of definitions.

The DoD published its interpretative guidance on August 26, 2016 in the Federal Register that may have changed our analysis. NAFCU's Regulatory Compliance team will update the association's MLA Compliance Guide in advance of the effective date (October 3, 2016) to account for the new guidance.

Coming Soon: Updated MLA Compliance Guide  While NAFCU's MLA Compliance Guide is still fairly new, our members keep asking great questions that we wanted to incorporate into the guide. NAFCU members should keep an eye out for a revised edition soon, we'll keep you posted. The current edition is available here.