Segregation of Duties for Loan Officers 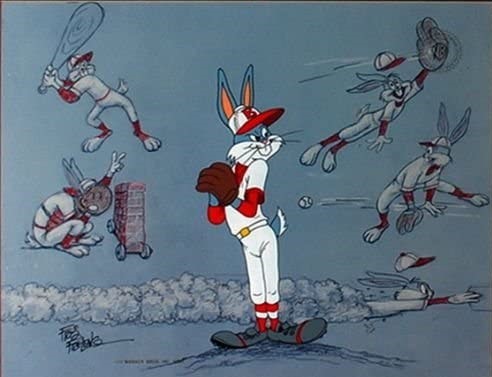 Hopefully you are familiar with this image of Bugs Bunny at a baseball game between the Gashouse Gorillas and the Tea Totallers - where he is forced to play all positions- because I think it illustrates what I am addressing in today's blog!

From time to time, the NAFCU Compliance team receives questions regarding segregation of duties for loan officers and member service personnel, especially in the context of an employee inputting a loan application and also ultimately funding the loan for such application. Over the years, NCUA has issued a series of Opinion Letters that explain the prohibition in the Federal Credit Union Act (FCU Act) regarding a loan officer disbursing funds on loans he or she approved.

The FCU Act provides that “no individual shall have authority to disburse funds of the Federal credit union with respect to any loan or line of credit for which the application has been approved by him in his capacity as a loan officer. See, 12 U.S.C. §1761c(b).”

In 2012, NCUA said in its Legal Opinion letter 02-0520 that based on such provision “an employee entering data into an automated underwriting system is responsible for the accuracy of the data and proper use of the system and, as such, the employee is acting as a loan officer and may not disburse the loan. See, 12 USC §1761c(a),(b).”

While some have interpreted this to mean that a loan officer charged with approving a loan may not be involved with setting up the loan or ordering appraisals and other documents, NCUA explained in Legal Opinion 97-0446 that this provision is related to the actual disbursement of funds, and not other back office functions. NCUA has also opined that different automated set-ups are permissible so long as this segregation of duties remains intact, meaning the person approving the loan may not play a role in disbursing funds: NCUA Opinion 02-0520, NCUA Opinion 96-0431 and NCUA Opinion 09-1044.

The agency confirmed its 2012 position on the issue in a recently issued legal opinion in which it explains that the agency’s “long held interpretation is that the purpose of this provision is to segregate loan approval and disbursement duties of the loan officer to decrease the incidence of fraud, embezzlement, and errors.”

We have seen the segregation of duties to be challenging when credit unions have other employees such as Member Service Representatives (MSRs) or even call center staff entering data into the credit union’s automated loan underwriting system (ALUS) due to overflow of applications, when trying to streamline loan applications, or when such duties are part of their data processing or administrative functions because of the size of the credit union.

In such a scenario, NCUA indicates that [credit unions] “could comply with the purpose of § 1761c(b) of the FCU Act to prevent fraud and errors in the loan processing context by separating the loan approval and disbursement functions if certain safeguards were in place to assure that the MSR is not functioning as a “loan officer.” Some of such safeguards could include establishing internal controls and official procedures that:

“1) strictly limit the MSR’s duties in the ALUS context to data processing and other necessary administrative functions that are separate and distinguishable from loan officer duties;

2) develop internal procedures to maintain a segregation of duties between the MSR and the loan officer outside of the ALUS function so there is no confusion about what duties each performs;

3) establish internal checks and balances to: a) effectively monitor that MSRs are correctly inputting data into the ALUS and correctly disbursing funds based on ALUS credit decisions; and b) detect any instances of fraud or embezzlement; and

4) exclude MSRs from any involvement with the ALUS other than effectuating accurate data input and proper disbursements.”

Although it may not violate the FCU Act, segregating the back office functions from the loan approval function appears to be a common industry practice, and may be expected as an internal control from a credit union lending policy or supervisory committee audit perspective. MSRs could still be construed to be acting as a loan officer absent internal controls and procedures deemed sufficient by NCUA.

If you haven’t already, it may be a good time to look at your policies and procedures to ensure duties are segregated and back office and member service staff is not acting in a way that could classify them as a loan officer.