What's the Deal with Derivatives?

After gathering comments in the rulemaking process and a lengthy pilot program, the NCUA Board finalized the derivatives rule in January. This rule allows qualified credit unions to trade in certain derivatives for the purpose of mitigating (i.e. Ã¢ÂÂhedgingÃ¢ÂÂ) interest rate risk (IRR). The rule is complex, so this blog post will only provide a very broad overview of the rule in terms of what is a derivative, which credit unions can trade in them, and how a credit union can receive approval to trade.

First, what is a derivative? NCUA defines a Ã¢ÂÂderivativeÃ¢ÂÂ as:

Ã¢ÂÂÃ¢ÂÂ¦a financial contract which derives its value from the value and performance of some otherÂ  underlying financial instrument or variable, such as an index or interest rate.Ã¢ÂÂ

It is also helpful to remember that Ã¢ÂÂderivativeÃ¢ÂÂ is a catch-all term used to describe several kinds of contracts such as futures, options, and swaps. For a more detailed discussion of derivatives, check out this NAFCU blog post.

While the derivatives world can include many Ã¢ÂÂexoticÃ¢ÂÂ instruments, NCUA limited credit unions to a handful of products:

NCUA further limited credit unionsÃ¢ÂÂ use of derivatives by requiring that these derivatives have particular characteristics. For example, the derivatives must serve the purpose of mitigating IRR. Also, the maximum maturity for most derivatives is fifteen years (ten years for U.S. Treasury note futures). Credit unions also cannot invest in collective investment funds that invest in derivatives that are purely speculativeÃ¢ÂÂmeaning, the derivatives do not hedge any real-world risk.

Second, which credit unions can trade in derivatives? In order to be eligible to use derivatives, a credit union must have at least $250 million in assets and its most recent CAMEL rating must be 1, 2, or 3, with a management component of 1 or 2. Credit unions who do not meet these two requirements but would like to utilize derivatives may request permission from their field director.

Third, how does a credit union receive permission from NCUA to mitigate IRR with derivatives? The rule sets forth a two-step process:

Â Â Â Â 2.Â Â Â Â After receiving the IRR mitigation plan, NCUA will evaluate the credit union on its actual readiness to trade in derivatives based on the credit unionÃ¢ÂÂs personnel, controls and systems in place. Credit unions that are new to derivatives and approved must operate safely for one year under Ã¢ÂÂlimited authorityÃ¢ÂÂ before NCUA will grant full trading authority.

The rules are rather complex and address ongoing regulatory requirements such as limits on the amount of derivatives contracts a credit union can hold and penalties for rule violations. Also, in a move urged by NAFCU, NCUA removed the Ã¢ÂÂpay to playÃ¢ÂÂ provision which appeared in the original rule and would have charged credit unions fees to use derivatives. NAFCU members can expect a Final Regulation from NAFCU sometime soon which will provide further details about this rule.

Winter WeatherÃ¢ÂÂWith snow in the South and the polar vortexes freezing out much of the country, January was a crazy month for weather. This became a problem for our dog and his Ã¢ÂÂmorning ritual.Ã¢ÂÂ I would open my back door and he would glare at me, offended that I would ask him to go outdoors in a -8 degree wind-chill. This became a battle of wills, because while mastiffs are generally gentle and loveable, they have quite the stubborn streak. So, we compromised with our spoiled dog: 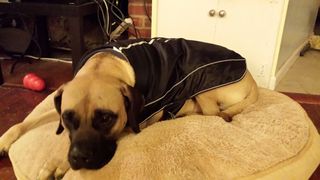 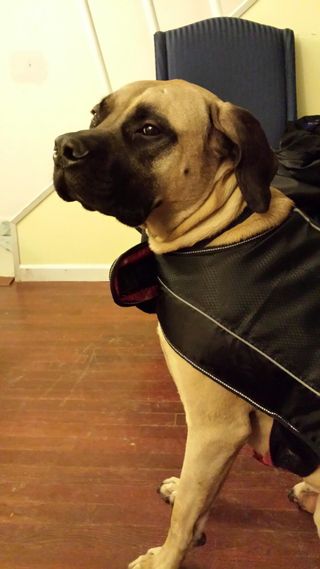