Given the fast-paced nature of the recent proposals and finalized regulations, I thought a quick blog post highlighting where to find the new rules was a good start up this mountain I like to call "regulatory change." Â As an aside, I'm very interested to see Chairman Matz discuss NCUA's efforts to ease the regulatory burden on credit unions during NCUA's February 8th webinar (which also features CFPB Director Richard Cordray).

Derivatives - Advanced Notice of Proposed Rulemaking (ANPR). Â NCUA also issued a ANPR on derivatives that would provide opportunities for credit unions to use derivatives to manage interest rate risk. Â This proposal has not been published yet, but it will have a 60-day comment period (from the date it is published in the Federal Register).

Regulation E (Remittances) - Final Rule. Â We discussed this final rule yesterday and I'm fairly certain we'll all become good friends with this rule over the next year. Â The final rule will become effective February 7, 2013.

Regulation E (Remittances) - Proposed Rule. Â Quite possibly a new record - proposing a rule to amend a final rule that was published on the same day. Â Bravo! Â The CFPB issue a proposed rule that would tweak the recent final rule. Â Rest assured (warning - you may need to adjust your snark meter), the CFPB has indicated they will finalize this proposed rule before the finalized rule that it amends becomes effective.

On a happier note, all this talk about raining, pouring and galoshes got me thinking about a wonderful trip with my (now) wife in Seattle. Â Good times! Â 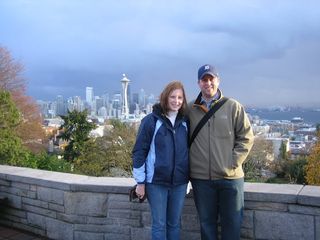