On June 6, the Federal Communications Commission (FCC) will consider a Declaratory Ruling and Third Further Notice of Proposed Rulemaking (TFNPR) that would allow voice service providers (providers), such as Verizon, AT&T, and Sprint, as well as Voice over Internet Protocol (VoIP) providers, to automatically block suspected robocalls unless consumers opt out. NAFCU will attend the FCC’s June 6 Open Commission meeting where this item will be considered and plans on submitting a comment letter if the proposal is finalized. Currently, it is unclear if this proposal would be harmful to credit unions but it could lead to providers inadvertently blocking some legitimate communications, including those from credit unions. NAFCU is interested in hearing from you whether providers are currently or have in the past mistakenly blocked your credit union’s communications.

Note: The Declaratory Ruling becomes effective immediately, with no opportunity for comment, if it passes the FCC vote on June 6. However, the TFNPR is only a draft proposed rulemaking. If the FCC votes to approve the TFNPR, it will publish with a 30-day comment period.

NAFCU supports the FCC’s efforts to combat illegal robocalls but continues to urge the FCC to distinguish between legitimate calls—i.e., credit unions making wanted communications to their members—and illegal robocalls. NAFCU has actively engaged the FCC to share the credit union perspective on Telephone Consumer Protection Act (TCPA) issues. In addition, NAFCU continues to meet with other agencies to advocate for TCPA relief. For example, NAFCU recently met with staff from the Department of Treasury to discuss TCPA reform. NAFCU recognizes that robocalls have increased dramatically and gained national attention, including in Congress (see the recent introduction of the Telephone Robocall Abuse Criminal Enforcement and Deterrence (TRACED) Act) and even coverage by TV hosts like John Oliver.

Under the Declaratory Ruling, providers could block robocalls by default and allow consumers to block calls not on their own contact list (referred to as a “white list”). Providers may offer opt-out call-blocking programs based on “any reasonable analytics designed to identify unwanted calls.” The FCC believes the ability for consumers to opt out of call-blocking programs adequately addresses concerns that legitimate calls may be blocked, but because this is still unchartered territory, credit unions and other legitimate callers may see some negative impacts.

The Declaratory Ruling does require providers offering opt-out call-blocking programs to offer sufficient information so that consumers can make an informed choice as to whether to remain in the program or opt out. In addition, the Declaratory Ruling requires providers to clearly disclose to consumers what types of calls may be blocked and the risks of potentially blocking wanted calls. The issue is that there are currently no protections for legitimate callers, such as a notification from providers if calls are mistakenly blocked and a mechanism to challenge the erroneous blocking of calls.

The accompanying TFNPR would propose a safe harbor for providers that implement network-wide blocking of calls that fail caller authentication under the SHAKEN/STIR framework once it is implemented. SHAKEN/STIR stands for “Signature-based Handling of Asserted information using toKENs (SHAKEN)” and “Secure Telephony Identity Revisited (STIR).” This framework is an industry-developed system to authenticate Caller ID and address unlawful “spoofing” by confirming that a call actually comes from the number indicated on the Caller ID, or at least that the call entered the U.S. network through a particular provider. To authenticate Caller ID, each provider obtains their digital certificate from a certificate authority who is trusted by other providers. The certificate technology allows the called party to verify that the calling number is accurate and has not been “spoofed.”

The FCC originally laid the groundwork for SHAKEN/STIR regulations with its formal Notice of Inquiry adopted in July 2017. Even if the FCC passes the above measures by the end of 2019, a regulatory process will probably take more time. The TFNPR seeks comments on a potential mechanism for callers to challenge the blocking of calls.

Are There Costs Associated with These Measures?

Maybe. It is important to note that the opt-out blocking would impose no mandatory costs on providers because implementation is voluntary. Consumers may see some costs associated with call-blocking programs, but the FCC said that it expects providers to implement these programs for free. The FCC is not certain whether the safe harbor outlined in the TFPNR imposes excessive costs on providers using the SHAKEN/STIR framework.

If finalized, this Declaratory Ruling and TFNPR addresses many of the concerns raised by a recent Senate Commerce Committee bill—the TRACED Act. The TRACED Act would enhance the FCC’s enforcement authority over violations of the TCPA and require providers to authenticate and block illegal robocalls. NAFCU has raised questions about whether this could hamper the ability of credit unions to make legitimate communications to their members.

The FCC’s actions could eliminate the need for some of the changes in the TRACED Act because, taken together, the Declaratory Ruling and the TFNPR address the call authentication and blocking requirement laid out in the TRACED Act. NAFCU will continue to monitor developments on this issue.

NAFCU will seek clarification from the FCC on whether consumer-benefitting calls could be blocked under the expanded call-blocking authority that the FCC proposes to give to providers. NAFCU supports measures to curb unwanted robocalls; however, some legitimate communications could be erroneously blocked if providers are allowed to automatically block calls without some safety measures for those callers trying to reach their consumers. For now, stay tuned for more updates on robocalls and the TCPA! 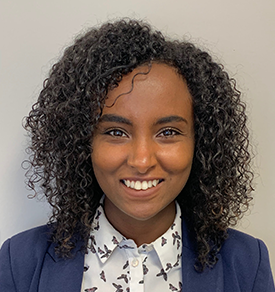