My colleague Dan recently asked how my day was going. Â The following conversation ensued:

Me. (AnthonyÂ forcibly lifts his head from his desk. Â With a weary voice, he utters the following):Â As long as I don't have to make another decision today, I think I'll make it.

Dan. (Laughs out loud. For quite some time.)Â Brother, if you don't like decisions, you're in the wrong job.Â

Me. (Audible thump heard as his head hits his desk again.)

Part of me was kidding with Dan. Â But not all of me.

I think all of us have experienced how draining a day full of decisions can be. Â And now research backs up what many of us thought: too many decisions in a day can be problematic. Â

There was nothing malicious or even unusual about the judgesÃ¢ÂÂ behavior... The judgesÃ¢ÂÂ erratic judgment was due to the occupational hazard of being, as George W. Bush once put it, Ã¢ÂÂthe decider.Ã¢ÂÂ The mental work of ruling on case after case, whatever the individual merits, wore them down. This sort of decision fatigue can make quarterbacks prone to dubious choices late in the game and C.F.O.Ã¢ÂÂs prone to disastrous dalliances late in the evening. It routinely warps the judgment of everyone, executive and nonexecutive, rich and poor Ã¢ÂÂ in fact, it can take a special toll on the poor. Yet few people are even aware of it, and researchers are only beginning to understand why it happens and how to counteract it.

We can't stop making decisions. Â So, what can we take away from this?Â

The Holidays are now behind us. Â Perhaps I have to bulk up the household Holiday training for 2012. Kate thinks Santa Claus sneaks into your house, yells "surprise," and leaves chocolate. Â I wonder what she thinks the Easter Bunny does? 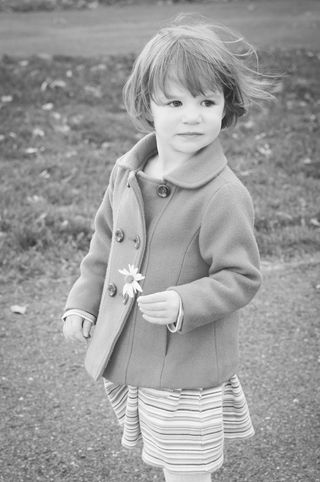 Here's a recent pic of our little chocolate fan. Â Have a great weekend, everyone!