10 Takeaways on the White House Framework for Digital Assets

We’re beginning to receive clarity from the White House regarding its approach to digital assets, including the potential development of a Central Bank Digital Currency (CBDC).

With the release of a wide-ranging report, the White House appears to be embracing digital assets and their potential for transparent, cost-efficient, and inclusive financial services. A background press call provided even more insight into the Biden Administration’s thinking.

After taking some time to evaluate and process the materials, we shared some initial thoughts on the White House’s views and where things could be heading in terms of a CBDC and other digital assets.

Here are ten key takeaways from the White House messaging:

1. Moving full steam ahead with a CBDC 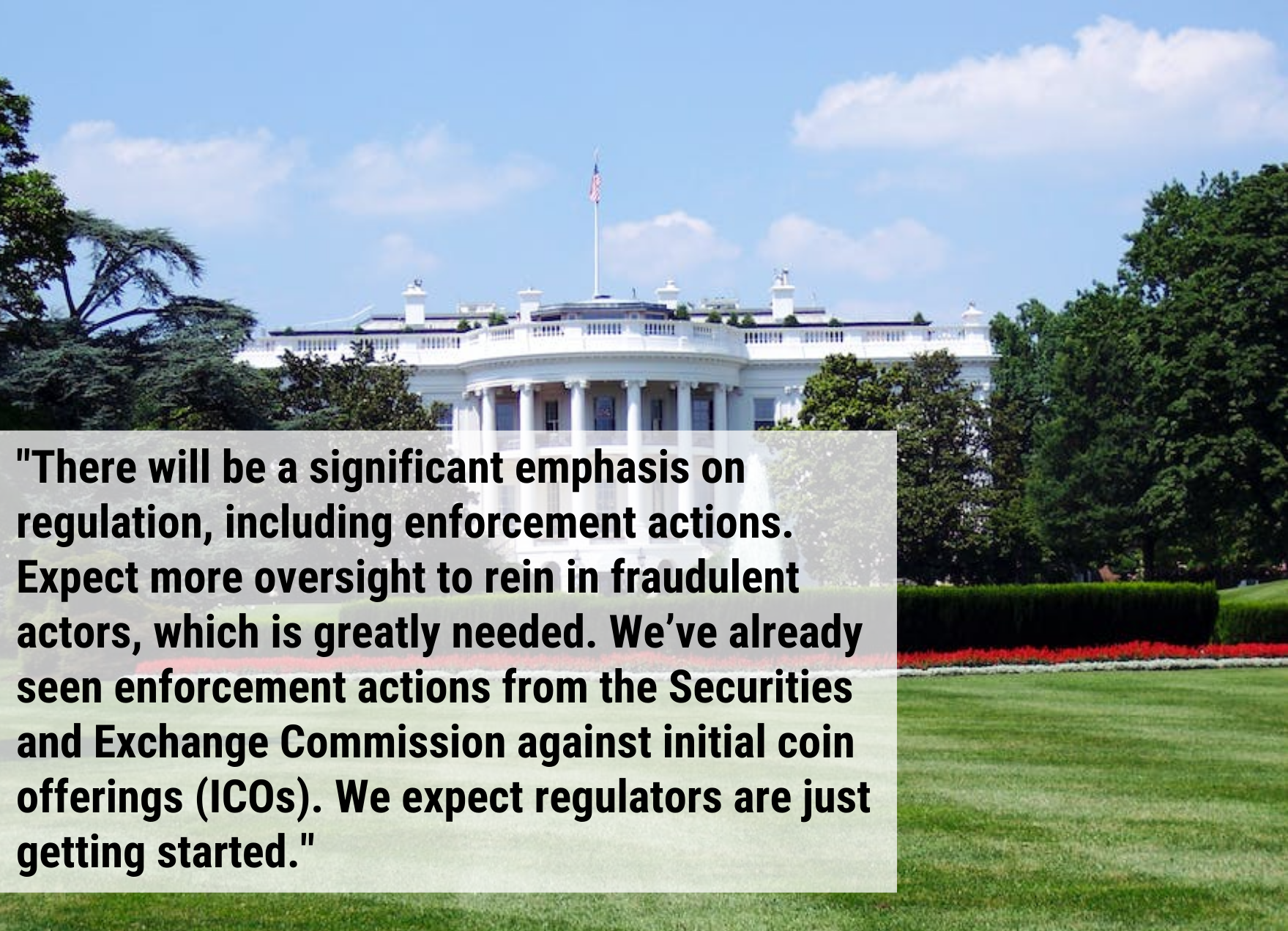 There is an acknowledgment that the research and development of a CBDC could facilitate efficient and low-cost transactions. It has the potential to provide more access to the financial system and help preserve U.S. global leadership on monetary strategy. It’s clear the Fed wants Congressional approval to launch a CBDC.

2. A wholesale approach preferred for CBDCs

The government will lean toward developing a wholesale solution, at least in the near term, because it would preserve much of the existing intermediaries. A retail CBDC could eliminate the need for payment rails like Mastercard and Visa, pose competition for existing financial institution deposits, and create privacy concerns. A retail CBDC will have more scrutiny, and development will move more slowly. We predict the move to a wholesale CBDC occurring in 3-5 years; a retail CBDC will take longer to establish.

There will be a significant emphasis on regulation, including enforcement actions. Expect more oversight to rein in fraudulent actors, which is greatly needed. We’ve already seen enforcement actions from the Securities and Exchange Commission against initial coin offerings (ICOs). We expect regulators are just getting started.

4. Who will have oversight?

It remains unclear if the Commodity Futures Trading Commission or the SEC will have regulatory oversight. There was a recommendation for those agencies to clarify, review their rules, and coordinate.

Digital asset development should proceed in a way that reflects American values, including safeguarding privacy and advancing equity. At the same time, international, academic, and industry collaboration is needed.

There will be a push to encourage using existing (and in development) instant payment programs such as The Clearinghouse’s RTP and FedNow. It is presumed that FedNow will launch next summer.

The framework clarifies that demands on the digital asset industry will be made to reduce energy usage and greenhouse gas emissions.

There was minimal mention of stablecoins outside an acknowledgment that Congress was tasked by the President’s Working Group on Financial Markets to develop a legislative recommendation. Current legislation on stablecoins has stalled in the House due to debate about a CBDC.

The work isn’t finished. We should expect more research and reports from federal agencies as the White House aims to learn more about digital assets.

10. The framework is a good thing

SRM has long asserted that government intervention, in the form of rules and regulations, would cement digital assets as a mainstream component of the financial system. The White House Framework for Responsible Development of Digital Assets moves us in that direction.

To learn more about SRM’s expertise in digital assets and our advisory services, please visit www.srmcorp.com.