No, this is not a post about how strategic discussions can be improved with fine wine, although that is probably true, and it would be fun to test the hypothesis. This post is about the best of both worlds, and combining a vocation with an avocation.

I love my job, which often involves thinking strategically on behalf of credit unions and with our Partners, and have also become a fan of wine, in particular California Cabernet. My chance to blend the two and share with all of you as well is coming at theÂ NAFCU CEOs and Senior Executives ConferenceÂ (Sonoma, CA, April 24â26, 2013).

NAFCU Services sponsors a welcome reception every year at this Conference. Given that we are in wine country, we wanted to do something special that would be a more interactive and interesting experience than just having house wines for a âtypicalâ reception. Weâve all been to plenty of them, where you grab an anonymous glass of non-descript wine and look for the next hors dâoeuvres tray.

So weâve arranged for six of the best that Napa and Sonoma have to offer to join us for a reception to allow attendees to sample exceptional wines and meet the winemakers too. Each one is unique in their own stead, with a focus on mountain wines (Howell Mountain and Spring Mountain) and a superb set of Sonoma Pinots. These wineries offer tastings to the public by appointment only, and it is unusual to be able to sample them all in one place.

Each has their own story that has become (or is becoming) a part of Napa and Sonoma lore. For example, we have a âghost wineryâ built by Chinese railroad workers in the 1880s, with thirty inch thick stone walls and a three story gravity flow winemaking system; a vineyard established by the famous âBody by Fisherâ auto carriage family; and two smaller operations of far more recent vintage, one founded by a wine aficionado who decided to start his own winery after spending three weeks on vacation in Italy and France, and another by two tennis buddies.

Fisher Vineyards is also famous for a very different reasonâtheir winery dog is an Akita named Sake withÂ his own Facebook page, who was âMr. Mayâ of the 2012 Wine Dogs calendar.Â  Apparently Akitas are known for their herding instincts, something my wife Allison discovered first hand on a visit there last year. We were with a small group, and Sake seemed to think Allison was in particular need of guidance, and physically herded her to make sure she stayed in line and kept up with the group as we walked through the winery and vineyards. The wine was wonderful, but I think that Sake provided Allisonâs highlight of the day!

I would be remiss if I did not note that the CEOs and Senior Executives Conference offers much, much more than just an opportunity to sample fine wines. The conference offers a fantastic lineup of speakers, including management guru John Spence talking about leadership, Peter Sheahan on finding market opportunities, and Fred Becker on the state of the credit union Â industry, among many other fantastic speakers. So I hope you can join us in April! 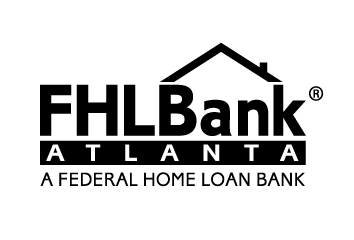