Breaking Down the TRID Fix: 60 Days Isn't Really 60 Days, Except When It Is; Two Upcoming CECL Webcasts

On July 6th, the CFPB finalized its TRID "Fix" rule. Unfortunately, the CFPB continues to punt on addressing some obvious issues with TRID, including declining to address the obvious errors in their own sample forms. In TRID-land, we'll take what we can get.

Before jumping into the nuts and bolts of the final rule itself, it's important to get one thing straight: the effective date.

The proposal included a 120-day effective date for the implementation of the changes to TRID. 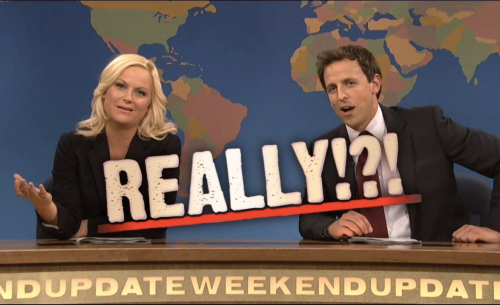 It its comment letter on the proposed rule, NAFCU reminded the CFPB that, as with the initial implementation of the TRID rule, credit unions will have to work with vendors to update processes and systems, perform testing and provide training to incorporate the changes. As such, the proposed 120 day time period for implementation was simply not realistic.

NAFCU also specifically asked for an extended period or 12 months to implement the changes, and for the Bureau to allow for early compliance where possible. Apparently NAFCU's requests were echoed by the majority of other industry commenters and the Bureau heard us.

Regarding how credit unions can begin to implement the changes, the Bureau stated:

"For these reasons, the Bureau agrees with several commenters that it is appropriate to allow creditors flexibility to comply with the 2017 TILA-RESPA Amendments all at one time, or to phase in the changes prior to the mandatory compliance date. After considering the comments, the Bureau does not believe that it would be optimal in these circumstances for the Bureau to impose a detailed schedule for creditors to phase in the changes required by this final rule, for example by establishing multiple effective dates that are staggered over time. Thus, after the effective date of the 2017 TILA-RESPA Amendments, creditors generally may phase in the 2017 TILA-RESPA Amendments as best comports with their business models, whether based on application dates for specific provisions or even during the course of a transaction, although such phased-in compliance may not place the creditor in violation of provisions of Regulation Z (as interpreted by the commentary) unchanged by this final rule…" Final Rule, p. 416.

There is an exception to this implementation framework regarding a change to commentary implicating two requirements: (1) subsection 1026.20(e) regarding escrow cancellation notices and (2) the partial payment policy disclosure required by paragraph 1026.39(d)(5). Both of these provisions address notices which may be required during the life of the loan, possibly long after consummation.

There has been some confusion as to when exactly these post-consummation requirements applied to loans that might have been applied for or originated before the October 3, 2015 TRID implementation deadline. To clarify the issue, the CFPB is amending comment 1 to the scope of Subpart E to address this. New comment 1 to paragraph 1(d)(5) explains when these post-consummation requirements apply:

This commentary becomes effective 60 days after publication of the final rule in the Federal Register, and there is no delayed implementation for that guidance. We will continue to dig into the so-called TRID Fix, and we will let you know what we find.