I read earlier this year that between the ages of 22 and 30, millennials paid an estimated 45% of their income towards rent. Compare that to 41% of income paid toward rent for Generation X and 36% paid by Baby Boomers. Housing simply costs proportionally more than it used to. Add to that an average balance of $40,000 in student debt, and many millennials are delaying homeownership or foregoing living alone entirely. Approximately 22.5% of millennials between the ages of 24 and 36 opt to live with their parents, especially in metropolitan areas where the housing cost is most expensive. 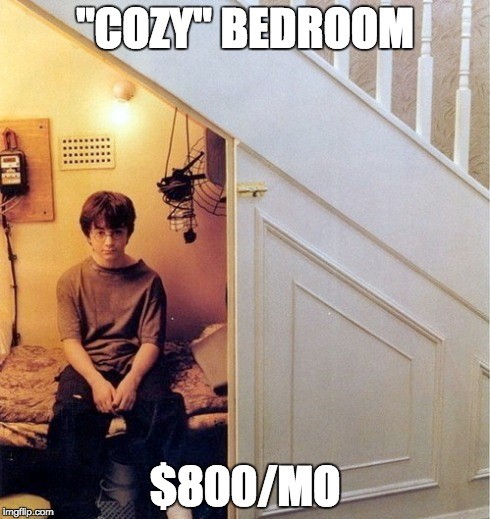 However, when someone walks into a credit union to apply for a car loan or signature loan, and indicates that their housing cost is “$0,” it’s natural to raise an eyebrow. Most people pay a rent or a mortgage. The need to pay to put a roof over your head is a constant existential threat of adult life; they made a whole musical about it. Sometimes financial institutions want to add a housing cost where the borrower has asserted none as a matter of policy. This is sometimes referred to as “rent padding.” However, it’s a practice that can have significant fair lending implications.

Regulation B prohibits discrimination against an applicant for credit on a prohibited basis, including their age. 12 CFR §§ 1002.2(z); 1002.4(a). Having a blanket policy to pad housing costs when none are listed is not discriminatory on its face. But because those living at home and paying no rent costs are usually younger, having a blanket policy may disproportionately affect applicants on the basis of their age. Comment 2 to paragraph 6(a) of Regulation B explains how this can also be discrimination:

“The Act and regulation may prohibit a creditor practice that is discriminatory in effect because it has a disproportionately negative impact on a prohibited basis, even though the creditor has no intent to discriminate and the practice appears neutral on its face, unless the creditor practice meets a legitimate business need that cannot reasonably be achieved as well by means that are less disparate in their impact.”

This balancing test is referred to as the “effects test.” A credit union considering a policy that might have a disparate impact on members on a prohibited basis may need to consider what the business justification is, and document that justification as a business necessity. That business necessity cannot be merely hypothetical or speculative, it would need to include some evidence, such as cost and profitability information. Even if there is a justified business necessity, a policy or practice can still be found discriminatory if there is an alternative way to deal with that business justification that would have less of a discriminatory effect. For additional information on fair lending discrimination, this Compliance Monitor article has more detail. (For NAFCU members only.)

Even so, NCUA has indicated in a legal opinion letter that blanket policies of adding an amount to every applicant’s debt to compensate for a lack of housing expenses is improper and could result in illegal discrimination. However, NCUA did not indicate that padding rent on a case-by-case basis is necessarily prohibited. Regulation B permits a creditor to evaluate each component of income separately and permits discounting or disregarding any portion of income that is considered unreliable. If the circumstances surrounding an individual applicant’s lack of housing expenses indicate that an adjustment is appropriate, it would not necessarily be prohibited from doing so. For example, if an applicant indicates plans to move out of their parent’s house and in with a friend during the term of the loan, inclusion of that expected rent amount may be appropriate to verify the ongoing ability to repay. Documenting those circumstances that justify padding the expenses may also be helpful.

A more in-depth conversation about a younger member’s housing situation might also yield other opportunities for the credit union. You never know which millennial member might be about to skip the starter house and jump from their mom’s basement into a dream home.