Data and analytics tie into everything that Vermont-based NorthCountry Federal Credit Union does and the goals they want to reach for their community. Partnering with AdvantEdge Digital is one of the first steps NorthCountry has taken on the path to analytics maturity. In this episode, we’re talking with NorthCountry’s Bob Morgan, and AdvantEdge Digital’s Aaron Grossman. They’ll walk through lessons learned and best practices implemented so far in the credit union’s journey to leverage data for a better understanding of members and the insights to deliver the products and services they most want. 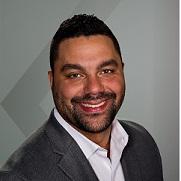 Aaron joined AdvantEdge Digital after successful careers with Oracle and IBM. There he honed both his data analytics knowledge and client service skills and showed dozens of companies how to use data to make informed decisions. A long-time credit union member himself, Aaron loves to help credit unions uncover and use data insights to strengthen their connection with members. 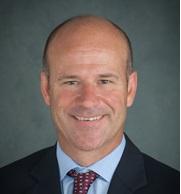 CEO | NorthCountry Federal Credit Union
In March 2000, Bob accepted a branch manager position at NorthCountry Federal Credit Union in South Burlington and was promoted to Vice President, Lending and Administration in August 2001. In August 2008, he was promoted to Executive Vice President. During this time, he developed and refined lending programs, launched a business lending program, obtained down payment assistance grants for people to purchase homes, and collaborated with local non-profits to create an easy financial solution for people of modest means who encounter emergency financing needs.