Years ago, a small group of officials had a problem.

They were trying to get President Reagan’s attention on a matter. A new Soviet tank factory had started production, and military officials were worried that the massive scale of the factory could create a strategic problem for the U.S. and NATO.

They tried briefings. Memos. But they couldn’t get the attention of the President or his close advisors on the matter. As you can imagine, plenty of people try to jam their way into the President’s day with their agenda. The President has several gatekeepers to limit unnecessary interference. 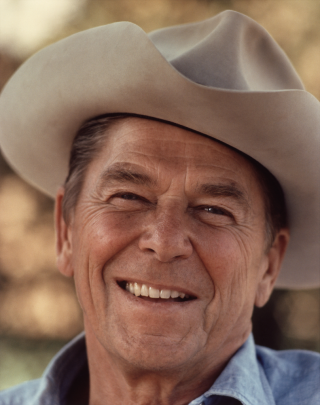 One of my favorite photos of our 40th president.

Then someone had a crazy idea…to use a map.

The next time they tried to get the President’s attention, they laid down a map of downtown Washington, D.C. The map focused on the monuments, and the Washington Mall.

Fair enough. But what was their point?

They placed an overlay of the tank factory on top of the map. The factory was larger than the Washington Mall.

There were a few gasps. The President asked if the overlay was accurate. “Yes, sir,” was the reply.

The President paused and then said something along the lines of…you have my support. We need to do something.

I love that story. I read it years ago (and struggled, and failed to find the source last evening). But it reminds me time and time again that…

Now - on to the weekly reading pile.