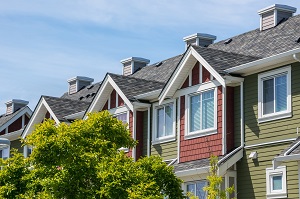 During the meeting, the group discussed Thompson's priorities as Acting Director of the FHFA as well as several of the association's concerns and priorities, including recent amendments to the government-sponsored enterprises' (GSEs) Preferred Stock Purchase Agreements (PSPAs) and the impact on credit unions' ability to provide temporary GSE qualified mortgages through the GSE Patch.

In addition, Berger recently wrote to Thompson to address how the amendments to the PSPAs diminish new flexibilities brought on by the CFPB's extension of the general qualified mortgage (QM) definition's mandatory compliance date until October of 2022. In the letter, Berger stressed this mismatch, stating that NAFCU "remains concerned about adverse impacts on credit union lenders given the misalignment created by the PSPA amendments."

NAFCU previously joined with several other trade groups in a letter to the Treasury Department and FHFA to reiterate concerns that the purchase limitation and other changes made to the PSPAs would add to the GSEs' compliance costs, could result in increased fees for borrowers and lenders, and reduced access to credit for first-time homebuyers and communities that have been disproportionately impacted by the pandemic.

During the meeting, the association discussed the secondary market for low down payment and down payment assistance loans and NAFCU encouraged the FHFA to consider wealth building home loans and other pilot programs that help borrowers build wealth.

NAFCU will continue to work with the FHFA to ensure the industry's housing priorities are addressed.