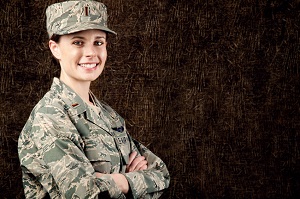 The Bureau of Consumer Financial Protection (previously the CFPB) will reportedly not examine financial institutions for compliance with the Department of Defense's (DoD) Military Lending Act (MLA) rule. This rule has posed many compliance challenges to credit unions and NAFCU has continued to push for clarity in the form of guidance or revisions.

The New York Times last week reported, based on internal agency documents, that bureau Acting Director Mick Mulvaney plans to "scrap the use of so-called supervisory examinations of lenders" on the basis that the legislation does not specify such oversight by the bureau.

The MLA rule was amended in July 2015. The amendments vastly expanded the number and types of products that are subject to the MLA, applied a maximum 36 percent Military Annual Percentage Rate and required additional written and oral disclosures to virtually all unsecured credit.

NAFCU was able to secure some key changes in the final rule to help mitigate the impact of the regulation, but is continuing to push for more. Most recently, NAFCU and the Defense Credit Union Council (DCUC) told the DoD of the compliance challenges associated with its treatment of auto loans that finance products like guaranteed acceptance protection (GAP) insurance.

This issue stems from December 2017 amendments to question-and-answer No. 2 from the DoD's 2016 interpretive rule. The groups asked that the question be rescinded from its interpretive rule and the subsequent amendments due to the confusion it has created for credit unions and their third-party vendors.

GAP insurance protects against situations when a purchased vehicle is destroyed or stolen and the value of that vehicle is less than the remaining loan balance. NAFCU and the DCUC said question No. 2 seems to prohibit access to GAP insurance for the MLA-covered borrower when they want to finance the insurance with the loan used to purchase the vehicle.

An NPR news article yesterday shined more light on the internal documents obtained from the bureau and reported that they touch on the rule's explanation of GAP insurance. NAFCU and the DCUC told the DoD that the way this insurance is handled in the law could have a negative impact on servicemembers' overall financial health.

As credit unions continue to grapple with the parameters of the MLA rule, NAFCU has a host of resources available here and an updated version of its Military Lending Act Guide.