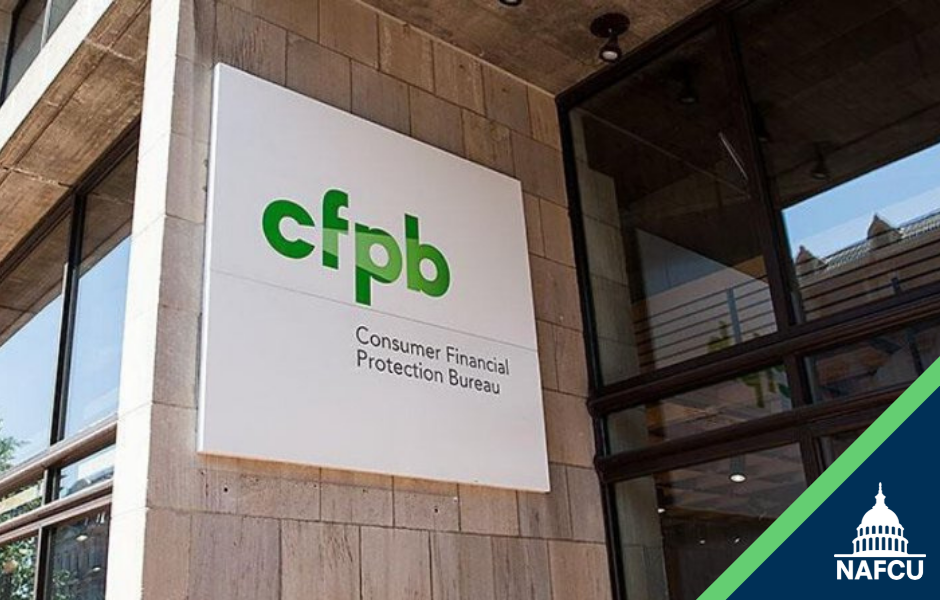 The CFPB Wednesday released guidance regarding ‘illegal junk fees’ on deposit accounts, specifically surprise overdraft fees and the practice of indiscriminately charging depositor fees to every person who deposits a check that bounces. In addition, CFPB Director Rohit Chopra joined President Joe Biden during a speech to highlight the Administration’s crackdown on these fees.

“Credit unions always put their members first, not their bottom lines, and follow the law by clearly disclosing their fees for products and services to consumers,” said NAFCU President and CEO Dan Berger in response to the new guidance. “The CFPB should not rely on scare tactics and legally non-binding guidance to delineate the bounds of its regulatory and supervisory authority.

Of note, the surprise overdraft fees include fees charged when consumers had enough money in their account to cover a debit charge at the time the bank authorizes it – commonly known as an ‘authorized positive, settled negative’ circumstance.

The CFPB stated that both of the types of fees outlined in the guidance likely violate the Consumer Financial Protection Act, specifically the prohibition of unfair practices, due to consumers being unable to reasonably avoid them.

Notably, the New York State Department of Financial Services also previously released an Industry Letter on overdraft and non-sufficient funds (NSF) fees that states this type of overdraft fee is unfair, which highlights that credit unions must be aware of their state guidance and state supervisory authority’s ability to enforce the law. The CFPB highlighted this fact in May of this year.

The CFPB in January issued a request for information (RFI) on fees on consumer financial products and services, namely what the bureau is calling ‘junk fees.’ NAFCU, along with other credit union and banking trade groups, responded to the RFI by stating that the CFPB's initiative “paints a distorted and misleading picture of our country's highly competitive financial services marketplace.” NAFCU provided feedback in response to the RFI through both a letter and joint trades letter.

The association supports a fair, transparent, and competitive market for consumer financial services, but has previously cautioned that efforts to eliminate or limit overdraft protection programs would likely result in significant negative impacts on borrowers and credit unions.

NAFCU will continue to monitor the CFPB’s continued movement on fees and will update credit unions via NAFCU Today.