The Federal Open Market Committee (FOMC) maintained the federal funds rate target at a range of 0 to 0.25 percent. 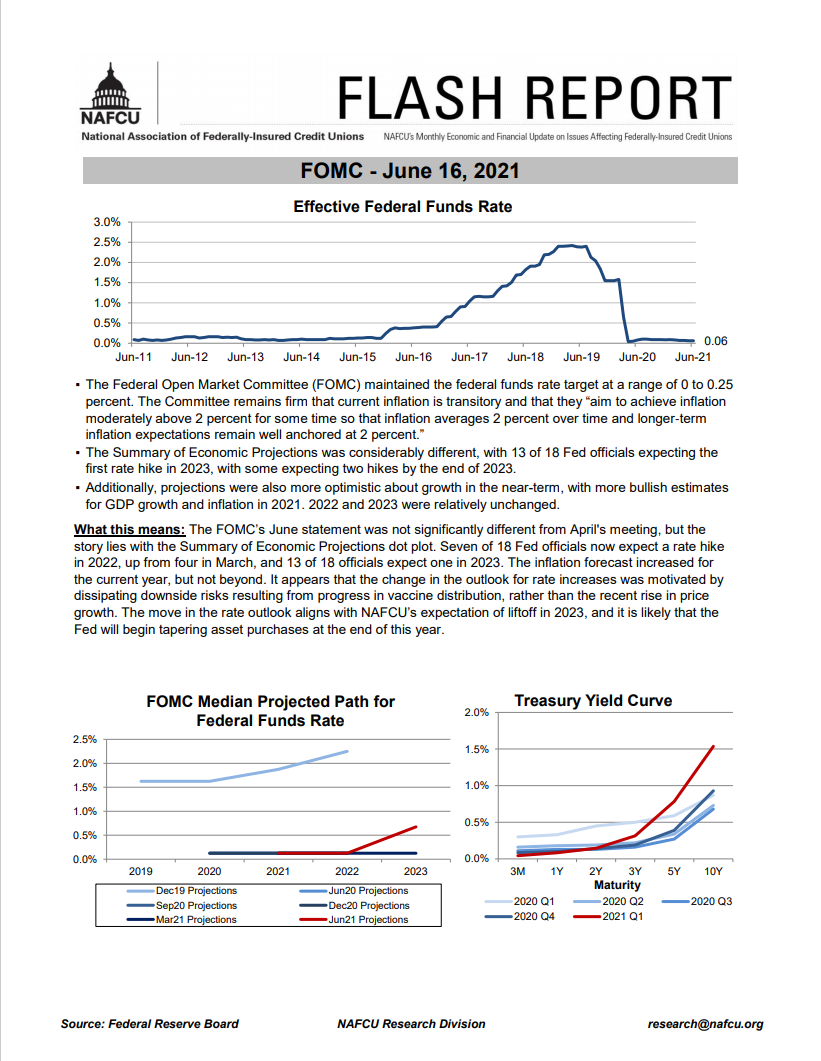 The Committee remains firm that current inflation is transitory and that they “aim to achieve inflation moderately above 2 percent for some time so that inflation averages 2 percent over time and longer‑term inflation expectations remain well anchored at 2 percent.”

“As expected, the Fed moved forward its expected date for liftoff to 2023, and more than one-third of the committee believes it will occur in 2022," said NAFCU Chief Economist and Vice President of Research Curt Long in a new Macro Data Flash report. “The inflation forecast increased for the current year, but not beyond.”

“It appears that the change in the outlook for rate increases was motivated by dissipating downside risks resulting from progress in vaccine distribution, rather than the recent rise in price growth,” added Long.

Of note, the Summary of Economic Projections was considerably different, with 13 of 18 Fed officials expecting the first rate hike in 2023, with some expecting two hikes by the end of 2023.

Additionally, projections were also more optimistic about growth in the near-term, with more bullish estimates for GDP growth and inflation in 2021, 2022 and 2023 were relatively unchanged.

“The move in the rate outlook aligns with NAFCU’s expectation of liftoff in 2023, and it is likely that the Fed will begin tapering asset purchases at the end of this year.” Long concluded.

More insights from the meeting can be found in the new Macro Data Flash report. The FOMC is expected to meet next July 27-28.