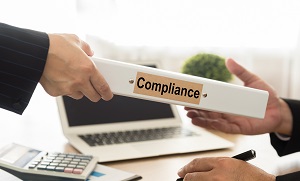 Enforcement Network (FinCEN) released guidance this week that addresses whether certain cryptocurrency-related businesses, including digital wallets and virtual currency payment processors, need to be regulated as money services businesses and comply with relevant financial laws, such as the Bank Secrecy Act (BSA).

"This guidance does not establish any new regulatory expectations or requirements," said FinCEN. "Rather, it consolidates current FinCEN regulations, and related administrative rulings and guidance issued since 2011, and then applies these rules and interpretations to other common business models involving [convertible virtual currency] engaging in the same underlying patterns of activity."

NAFCU President and CEO Dan Berger held meetings in 2018 with FinCEN leadership, providing the credit union perspective on regulations under BSA and impending customer due diligence rules in an effort to improve the industry's regulatory environment. The two organizations have also discussed ongoing collaboration between the NCUA and FinCEN, and additional opportunities to collaborate with credit unions.

With regard to other FinCEN news, NAFCU has previously raised concerns about the regulatory burden presented by FinCEN's rules on collecting SARs and has also addressed the currency transaction reporting process. The association has also voiced its concerns regarding FinCEN's final due diligence rules because of the costs and burden they would impose on credit unions.

NAFCU remains committed to ensuring a level playing field for credit unions and continuously monitors the financial services landscape for potential changes that could impact the industry.