Home Newsroom FOMC members not yet concerned about recession

FOMC members not yet concerned about recession 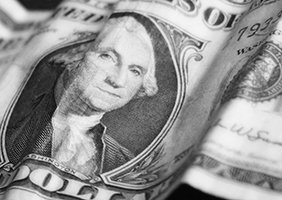 Members of the Federal Open Market Committee (FOMC) – the Federal Reserve's monetary policy-setting arm – indicated that the labor market has remained strong, though economic activity has slowed since the fourth quarter, according to minutes from the committee's March meeting released Wednesday.

"The FOMC minutes show a committee that believes interest rates are at neutral, or at least close enough," said NAFCU Chief Economist and Vice President of Research Curt Long. "A rate hike in 2019 seems likely to seriously upset financial markets, and this committee appears content to leave things unchanged barring a very compelling reason to intervene. At the same time, the committee is not yet concerned that a recession is approaching."

With regard to the outlook for monetary policy, a majority of FOMC participants believed that the evolution of the economic outlook and risks to the outlook would likely warrant leaving the target rate unchanged for the rest of the year.

The minutes also revealed that participants did not expect spending weaknesses to persist past the first quarter, but that the growth rate of real GDP growth would likely be lower than 2018 due to slower foreign growth and waning effects of fiscal stimulus.

Following the March meeting, the committee left the federal funds target rate at a range of 2.25 to 2.5 percent.

The FOMC will meet again April 30-May 1.