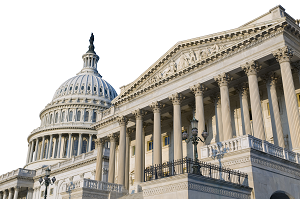 The House last night passed its tax extenders and fixes package (H.R. 88). NAFCU had repeatedly urged that a technical fix be included in any year-end tax bill to address a provision in the Tax Cuts and Jobs Act (TCJA) that puts a 21 percent excise tax on certain not-for-profits. The Senate is not expected to take up the bill.

At NAFCU's urging, H.R. 88 was revamped by House Ways and Means Committee Chairman Kevin Brady, R-Texas, to include a NAFCU-sought provision that repeals the excise tax imposed for fringe benefits, such as transportation and parking, but it does not alter the tax on executive compensation. NAFCU had asked that a fix be provided to "grandfather" those employment contracts entered into on or before Nov. 2, 2017, for tax-exempt employers. The TCJA contained a provision allowing for-profits to grandfather in binding contracts in effect before that date, but did not include the same clause for not-for-profit tax-exempt organizations.

NAFCU had repeatedly reached out to and met with members of Congress to seek relief for credit unions from this new tax. NAFCU has also opposed efforts to require all credit unions file a Form 990-T.