Home Newsroom Kucey: Why trust differentiates CUs from banks

Kucey: Why trust differentiates CUs from banks 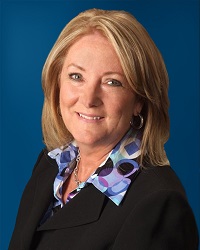 NAFCU Board of Directors Chair Jeanne Kucey, in an op-ed for CU Times, says that trust is the foundation of credit unions and ultimately what sets the credit union industry apart from banks. "Acting in the best interest of our members is the duty of credit unions. It's what we've done throughout our history," Kucey writes.

"Where were the big banks during the shutdown? They were slow to respond, mainly noting that they would 'work' with affected customers, until media attention forced their hand," Kucey argues. "It was these same banks that engaged in risky lending practices that shaped the housing bubble. It was the banks that tightened lending and increased fees as they tried to rebuild their profits."

Kucey says that credit unions have continued to see growth because "enlightened consumers have become increasingly wary of these unethical banking practices."

"Our institutions offer safe, affordable financial products that are meant to improve our members' lives, not enrich stakeholders. It's our commitment to our members and reinvestment in our communities that has created a solid foundation of trust," she writes.

It's not just consumers who see the difference but also lawmakers and regulators who have prioritized reducing small financial institutions' regulatory burdens.

To ensure these trends continue, Kucey highlights NAFCU's advocacy efforts in Washington and encourages credit unions to actively seek opportunities to grow – including by participating in advocacy and attending NAFCU's upcoming Annual Conference, which "is all about big trends and big takeaways that will take our institutions to the next level."

"We must never lose sight of why our cooperatives were founded," Kucey says. "And I, for one, believe we never will. Because doing what is right and earning trust, simply, is in our DNA."