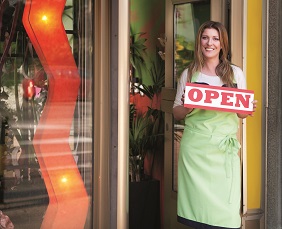 NAFCU joined with more than 100 trade groups – representing financial services, small businesses, and other key industries – in a letter Thursday urging congressional leaders to "immediately address the overburdensome Paycheck Protection Program (PPP) forgiveness process before the end of the year."

"Congress can solve this problem and inject the equivalent of $7 billion into our economy by passing bipartisan, common-sense legislation to streamline PPP forgiveness for small businesses on Main Street in communities across the country," the groups wrote.

The trades specifically asked for Congress to take up bipartisan legislation that has been introduced in both the House and Senate – H.R. 7777 and S. 4117 – that would reduce small businesses' compliance costs associated with the forgiveness process, provide protections and relief for PPP lenders, and create regulatory certainty for PPP loans.

The NAFCU-supported legislation would provide automatic forgiveness of PPP loans under $150,000 after the borrower completes a simple, one-page forgiveness document.

"PPP loans of $150,000 and under account for 87 percent of total PPP recipients, but less than 28 percent of PPP loan dollars. Expediting the loan forgiveness process for many of these hard-hit businesses would save more than $7 billion and hours of paperwork," the trades argued.

Earlier this week, NAFCU sent a letter to the Small Business Administration (SBA) recommending more ways the PPP loan forgiveness process could be improved. The association has also called on Congress to address the issue of Economic Injury Disaster Loans (EIDLs) being deducted from borrowers' forgivable PPP amounts.

NAFCU and several trades have also raised concerns about the SBA's "loan necessity" questionnaires for borrowers who received PPP loans over $2 million, arguing that "the questionnaires introduce a confusing and burdensome process for both borrowers and lenders, and we fear that it could lead the agencies to inappropriately question thousands of qualified PPP loans made to struggling small businesses."

NAFCU will continue to fight for PPP improvements to ensure credit union lenders and their small business members have access to the resources they need amid the coronavirus pandemic.