NAFCU calls for more CDFI support ahead of funding deadline 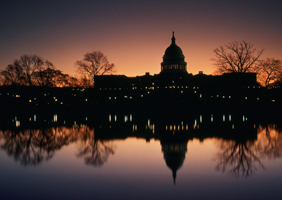 Current funding for the federal government is set to expire at midnight Friday. While negotiations on a longer-term funding package continue, the House tomorrow is expected to vote on a short-term continuing resolution – followed by a Senate vote later this week – to extend the deadline until next week and avoid a government shutdown.

The House earlier this year passed its version of the fiscal year 2021 Financial Services and General Government (FSGG) bill, which included $273.5 million for the CDFI Fund and $2 million for the CDRLF. Thaler called on the Senate, which is now considering its version of the appropriations package, to support these credit union-used funds at the House-passed levels.

Thaler also reiterated the association's support for a provision in the bipartisan relief package – released last week – that would add $2 billion of emergency funds for CDFIs and minority depository institutions (MDIs).

NAFCU has long called on Congress to fully fund the CDFI Fund and CDRLF each year as they allow credit unions to better serve low-income and underserved communities. The association has also encouraged Congress to provide additional monies to the funds amid the coronavirus pandemic, as CDFIs and MDIs have stepped up to support members in need.

Stay tuned to NAFCU Today for the latest developments related to government funding.