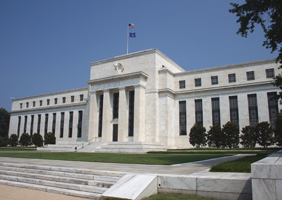 NAFCU Regulatory Affairs Counsel James Akin wrote to the Federal Reserve Tuesday in response to proposed modifications to Regulation II clarifying the requirement for debit card issuers to enable – and allow merchants to choose from – at least two unaffiliated networks for card-not-present (CNP) transactions, such as online purchases.

The Fed issued the proposal to make changes to Regulation II – which covers debit card interchange fees and network routing exclusivity – in May.

Akin argued that Regulation II and the Durbin Amendment be repealed for the benefit of consumers and opposed any type of reopening. In addition, he flagged concerns that this change will produce a negative impact on credit union interchange income and arbitrarily revoke existing guidance.

"NAFCU members also face an increased likelihood of fraud in transactions with entities that are not subject to the same rigorous oversight and supervision as credit unions and other federally examined institutions," noted Akin. "While depository institutions have had a national standard on data protection since the passage of the Gramm-Leach-Bliley Act (GLBA) over two decades ago, other entities who handle consumer financial data are not held to the same standards."

Akin explained the change would create a de facto technology mandate that would drive most transactions across rails and with authentication methods which credit unions may judge to be inferior and not best-in-class.

Additionally, Akin mentioned that due to the fundamental differences between the modification to Regulation II and its current requirements, the costs associated with the proposed rule would be impractical and damaging to undertake for many credit unions.

Read the full letter. NAFCU has previously shared with the Fed ways in which this proposed change will hurt credit union members and has urged against any type of modification to Regulation II.