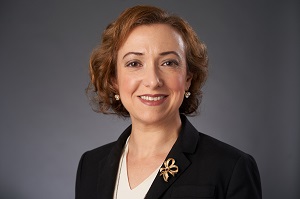 Late last week, the American Bankers Association's (ABA) sent a letter to the NCUA requesting an assessment of credit unions and their commitment to underserved populations. NAFCU's EVP of Government Affairs and General Counsel Carrie Hunt hit back immediately, responding with a letter, also to the NCUA, that NAFCU supports the agency remaining focused on priorities that will help the credit union industry.

“The ABA’s request is nothing more than an intimidation tactic,” said Hunt. “The ABA has long sought to extinguish credit union competition from the marketplace, and the association’s promotion of a poorly conducted and factually inaccurate paper – that they themselves funded – should leave no doubt about what their real motives are.

“If the ABA is truly concerned about the well-being of underserved communities then it should immediately drop their lawsuits seeking to prevent credit unions from helping these exact same communities. More so, the ABA should begin actively supporting and advocating in favor of legislation that would allow credit unions of all charter types to add underserved areas to their fields of membership. If bankers have truly reformed themselves and atoned for their behavior in 2008, they should step up to the plate and work to help people for once.”

Hunt’s NCUA letter points out that the report lacks original data and analysis – providing little support for its conclusions.  "When competitor institutions question our mission and principles, they do so not out of concern for the average consumer or small business, but to draw attention away from their own, less appealing legacy, and to eliminate threats to shareholder returns," wrote Hunt.

Hunt also acknowledges that the report "fails to recognize the countless fines levied against banks and their endless attempts to thwart the law," pointing to the fact that banks have been fined at least $243 billion since the 2008 financial crisis. The fines alone would be enough to decimate the credit union industry.

"NAFCU supports a safe and sound credit unions system, a strong, independent NCUA, and a vibrant financial system in the country where credit unions and banks co-exist. It appears the banks want the entire pie for themselves," said Hunt’s letter.

NAFCU has long called for the credit union industry to be exempt from rules and regulations that were created due to the banking industry’s poor behavior.  As the industry’s Washington Watchdog, NAFCU and its staff actively push back against banking lobbyists' efforts to rid credit union competition from the marketplace and, in doing so, often meet with members of Congress from all political affiliations, as well as leaders at the CFPB and the NCUA. The association most recently met with Chairman Hood to discuss regulatory burdens facing the industry.