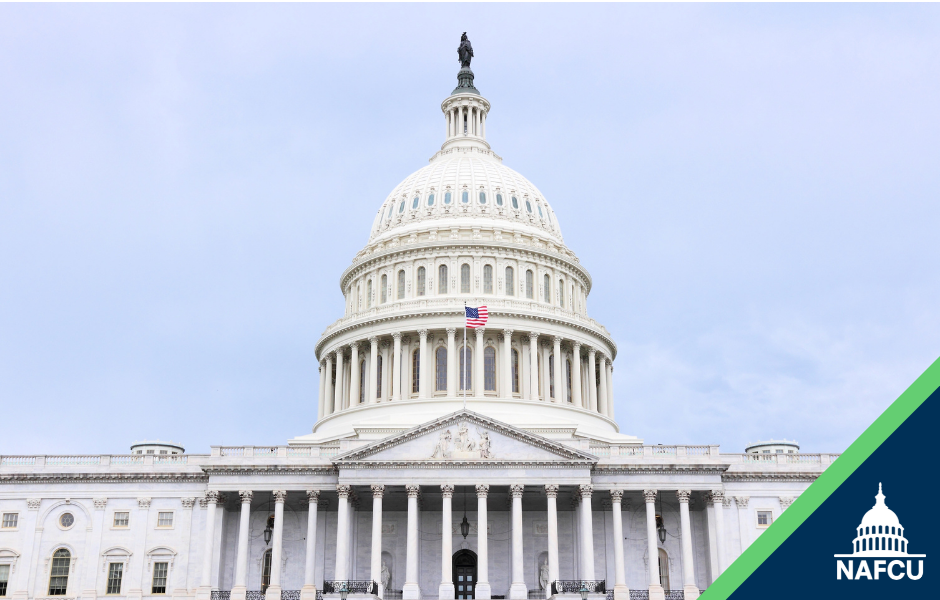 NAFCU joined with a group of other financial services trade groups yesterday in a letter to Congress, urging lawmakers to reject the latest effort of Senators Dick Durbin, D-Ill., and Roger Marshall, R-Kan., to attach the NAFCU-opposed Credit Card Competition Act (CCCA) as an amendment for consideration to the fiscal year 2023 National Defense Authorization Act (NDAA). Sen. Durbin used this tactic when he attached the original Durbin Amendment to the Dodd-Frank Act in 2010.

Additionally, the Senators are also attempting to use the NDAA as a vehicle to include a study on the impact of interchange on sales to soldiers and their families at base commissaries and exchanges as way to tie the issue into the NDAA. The Senate is slated to begin debate on amendments to the NDAA on Oct. 11, although no votes are expected until November. Still, the action could put the interchange issue on the table as Senators negotiate a Senate package and a final compromise with the House.

Of note, Representatives Peter Welch, D-Vt., and Lance Gooden, R-Texas, introduced the House companion to the CCCA on Sept. 19. NAFCU has continued to strongly oppose this bill. After the CCCA companion was introduced, NAFCU President and CEO Dan Berger wrote to the House, underscoring the havoc this legislation would have on the payments system.

In his letter, Berger said, “The Credit Card Competition Act of 2022 is not about competition. It is about increasing the profits of big box retailers at the expense of consumers and financial institutions by creating government intervention in a free market and establishing a back-door price control on the credit card system.”

Berger also penned an op-ed, where he highlighted the importance of interchange fees for credit unions, stating, “These fees are a critical source of revenue for the card issuing financial institution because it helps maintain system improvements, ensure online transaction safety, mitigate consumer fraud losses, and most importantly, grant financial institutions the ability to offer affordable financial services products, like checking accounts and credit cards, to their consumers.”

The best messenger with policymakers in Washington is the credit union who is out there every day trying to meet the needs of their members. The association is urging credit unions to use NAFCU’s Grassroots Actions Center to speak out against this bill by sending a message to their lawmakers requesting them to oppose the harmful legislation.  We also encourage you to share a statement that NAFCU can publicly use with media, members of Congress and others to oppose this bad policy.