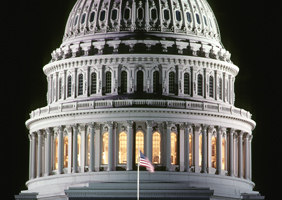 Today, NAFCU-witness Mara Falero will testify before a House Financial Services subcommittee on the important role minority depository institutions (MDIs) have in serving diverse and underserved communities, and the economy as a whole. Falero is the vice president of marketing and communications at JetStream Federal Credit Union (Miami Lakes, Fla.), which is a certified MDI and community development financial institution (CDFI).

In her prepared testimony, Falero will highlight credit unions' commitment to underserved communities – demonstrated by the amount of credit unions that are designated as MDIs, CDFIs, and low-income, as well as JetStream's local efforts to support and empower Hispanic communities, which make up two-thirds of the credit union's membership. She will also outline a number of recommendations, related to compliance concerns and financial products, that would allow credit unions to better serve their members.

Among NAFCU's recommendations are for Congress to:

Today's hearing before the House Financial Services Subcommittee on Community Protection and Financial Institutions is set to begin at 2 p.m. Eastern; it will be available via livestream. Stay tuned to NAFCU Today for more coverage of Falero's testimony.