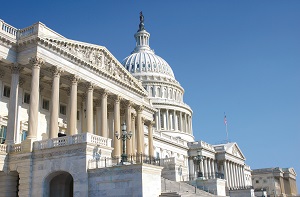 Yesterday, a bipartisan group of senators introduced the Paycheck Protection Small Business Forgiveness Act to provide a simplified automatic forgiveness process for covered paycheck protection program (PPP) loans of less than $150,000. NAFCU has actively sought this automatic forgiveness of small dollar PPP loans for the benefit of both small businesses and credit unions that are recovering from the coronavirus pandemic and may have strained financial and human resources. The bill was introduced by Senators Kevin Cramer, R-N.D., Kyrsten Sinema, D-Ariz., Thom Tillis, R-N.C., and Robert Menendez, D-N.J.

“We thank Senators Kevin Cramer, Kyrsten Sinema, Thom Tillis and Robert Menendez for introducing legislation that would save small businesses both time and money as they recover from the coronavirus pandemic,” said NAFCU President and CEO Dan Berger. “With 85 percent of PPP loan recipients owing less than $150,000, automatic forgiveness would allow the overwhelming majority of small businesses to focus on reopening their storefronts, hiring workers and serving community needs – instead of processing complex and burdensome paperwork. Small businesses are the lifeblood of our economy and their success during this difficult time will help support our nation’s recovery efforts. NAFCU wholeheartedly supports passage of this bill.”

In addition, the Senate Tuesday evening passed legislation to extend the PPP's authorization to Aug. 8 as there is still roughly $130 billion of funds available for loans. The program's original authorization expired yesterday. The House could pass the bill as early as today, after which it would head to the president to sign.

Under the Paycheck Protection Small Business Forgiveness Act, borrowers would be able to obtain forgiveness for covered PPP loans of less than $150,000 by submitting a simple, one-page attestation form to the lender. Should the borrower’s attestation contain any falsehoods, the lender would not be held liable.

In addition, the borrower attestation would include a means by which a borrower, on a voluntary basis, could provide demographic information such as race, sex, veteran status and ethnicity.

NAFCU previously called for automatic forgiveness for loans under $150,000 in a letter to the Senate Small Business Committee ahead of the committee’s review of the program and in a follow up letter directly to Small Business Administration (SBA) Administrator Jovita Carranza.  The association will continue to update members on any new information regarding the program.