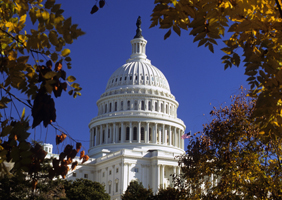 NAFCU's Brad Thaler wrote to Senate Banking Committee leadership in advance of today's hearing on capital formation and corporate governance to urge the committee to take action to allow credit unions to better serve their members.

"As the Committee considers capital formation issues that may benefit a number of businesses including banks and other financial companies, we also urge you to act in three areas to help credit unions meet the capital needs of their members," said Thaler, NAFCU's vice president of legislative affairs.