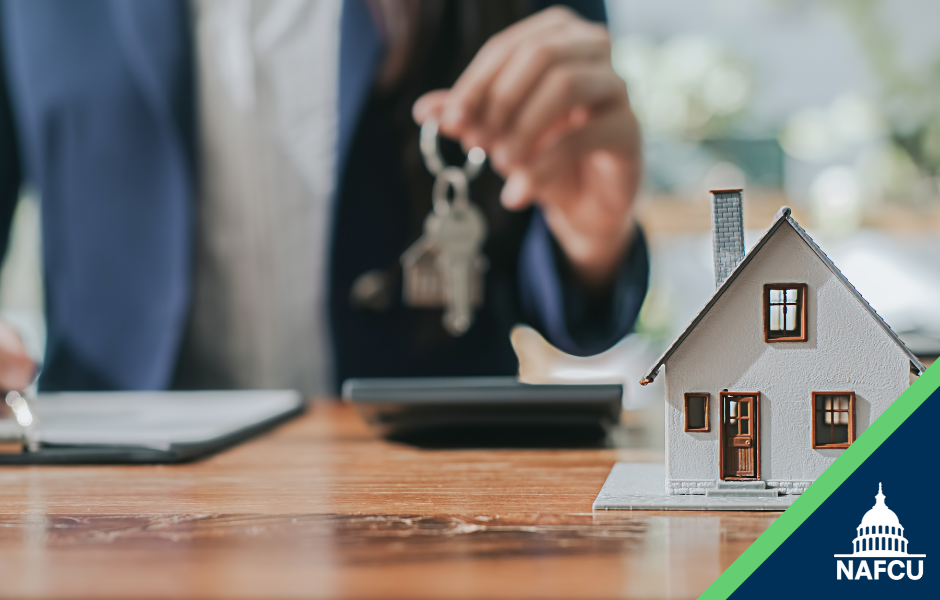 The Federal Housing Finance Agency (FHFA) and Ginnie Mae held a public listening session on Monday where NAFCU Regulatory Affairs Counsel Aminah Moore offered support for increased capital and liquidity requirements for non-depository sellers/servicers, noting the important effect these changes would have on the safety and soundness of the housing finance system as a whole.

NAFCU has recommended that the FHFA increase the capital ratio requirement for, non-depository seller/servicers, to 10 percent to be consistent with Ginnie Mae's proposal. In addition, NAFCU believes non-depository financial institutions should have higher capital requirements than community banks, which are insured by the Federal Deposit Insurance Corporation, and credit unions, which are insured through the NCUA's National Credit Union Share Insurance Fund (NCUSIF).

Moore offered support for the FHFA's discretionary authority to designate a non-depository institution with $50 billion or more in total single-family servicing unpaid principal balance at the end of any quarter, where the servicer is the master of record, as a large seller/servicer and for the additional standards for large non-depository seller/servicers because the annual capital and liquidity plan requirements will provide a more complete picture of the internal oversight and governance of these non-depository institutions. Moore emphasized that this would "better allow the FHFA and government sponsored enterprises (GSEs) to manage the risks associated with these institutions."

Last week, Moore wrote to the FHFA regarding its re-proposed rule to update the eligibility requirements for GSE seller/servicers.

During Monday’s listening session, Moore specified that the FHFA should clearly define who constitutes a "qualified, independent, third-party" that provides to the GSEs an annual assessment of the seller/servicer's performance and creditworthiness. Currently, the re-proposal does not define this term in the description of the requirement nor in the Frequently Asked Questions portion of the proposal.

In addition, the listening session focused on Ginnie Mae's request for information (RFI) on its updates to eligibility requirements for single-family mortgage-backed securities (MBS), issued in July. In response to the proposal and during the listening session, Moore urged Ginnie Mae to offer credit unions parity with banks by excluding all credit unions from the proposed additional capital requirements imposed on non-depository institutions.

NAFCU will continue working with the FHFA and will remain engaged on the re-proposed rule to voice credit union concerns.