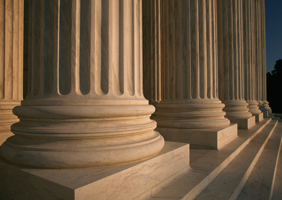 Yesterday, Sen. Elizabeth Warren, D-Mass., released a modified version of her comprehensive housing reform bill, the American Housing and Economic Mobility Act of 2019. While the updated legislation would not subject credit unions to Community Reinvestment Act (CRA) regulations, the bill would introduce new regulatory burdens for some community chartered credit unions and credit unions that seek to add underserved areas.

"We thank Senator Warren for updating her legislation to no longer subject credit unions to CRA regulations, which were designed to prevent banks from engaging in discriminatory lending practices," said NAFCU Executive Vice President of Government Affairs and General Counsel Carrie Hunt. "Additionally, we appreciate that the bill seeks allow all types of credit unions to add underserved areas to their fields of memberships. However, we have concerns about the new regulatory and examination burdens that would be placed on credit unions that add underserved areas.

"While the bill makes improvements over the previous version, NAFCU continues to have concerns about some of the language as we want to ensure that credit unions that want to assist communities that other institutions have left behind are not subject to new CRA-like regulations, just under a different name. There's absolutely no reason for credit unions to be subject to new regulations."

The original version of the legislation, which was introduced last Congress, would have explicitly extended the CRA to certain credit unions and non-bank mortgage originators. NAFCU strongly opposed this provision, and shared our concerns with Warren's office.

NAFCU will continue to review the updated version of the legislation and share credit unions' concerns with Warren and her staff.